The hosts took the lead on 40 seconds with a Stuart Williams try which JasonOwen converted, giving them the best possible start. That launched an onslaughtfor the hosts who wheeled in a further five more tries in the next 15 minutes.

Owen scored a quick brace, the second of which Harry Jones converted beforeadding a further try himself making in 20-0 on 10 minutes. Andrew Higginsscored the next try four minutes later, converting himself and Stuart Williamswent over from kick-off. That made it 32-0 on 16 minutes.

With Scotland only travelling with one substitute in this five-a-side sport, itwas the start they didn’t want, but they did hit back on 17 minutes through anunconverted Gavin Dobson try leaving the score on 32-4. However it was justbrief respite after Jason Owen scored under the sticks with Higgins converting,bringing the score up to 38-4 to Wales after only 20 minutes.

The onslaught continued. Two unconverted Stuart Williams tries soon made it46-4. Stephen Halsey’s try brought up the 50 with Higgins adding the extrasagain before Williams got another try on 31 minutes.

But it was Scotland ended the half and a high. Michael Mellon got Scotland’ssecond try on 34 minutes which he converted this time round, bringing the scoreback to 56-10. That was before Dobson went over for the third Scottish try withMellon converting again before adding a drop goal on the hooter, making thehalf time score Wales 56 Scotland 17.

Scotland’s comeback continued in the second half. Three quick Callum Youngtries, the first converted by Mellon reduced Wales’ lead to 56-31.

But Wales, after conceding 27 straight points finally extended their lead on 47minutes through a Geraint Price try that Jones converted. Owen followed himover straight away, Jones again converting. Price’s next try on 50 minutes wasunconverted leaving the score on 72-31.

Scotland went over for another consolation try, Dobson notching his hat-trickon 55 minutes that Mellon converted.

Williams hit back for Wales with his sixth try of the day. Gary Preece addedthe next on the hour, Higgins on 65 minutes then Owen on 67, all of which wereconverted by Higgins. Higgins’ conversion with 10 minutes to go after Preece’ssecond try brought up 100 points. Preece secured his hat-trick four minutes later,Higgins converting again.

There was still time for Young to score his fourth and Scotland’s eighth trywhich went unconverted, but the final word went to Wales, Higgins going for hishat-trick try and smacking over his tenth goal. Steven Halsey and Lucy Robertswon their first Welsh caps in this game. 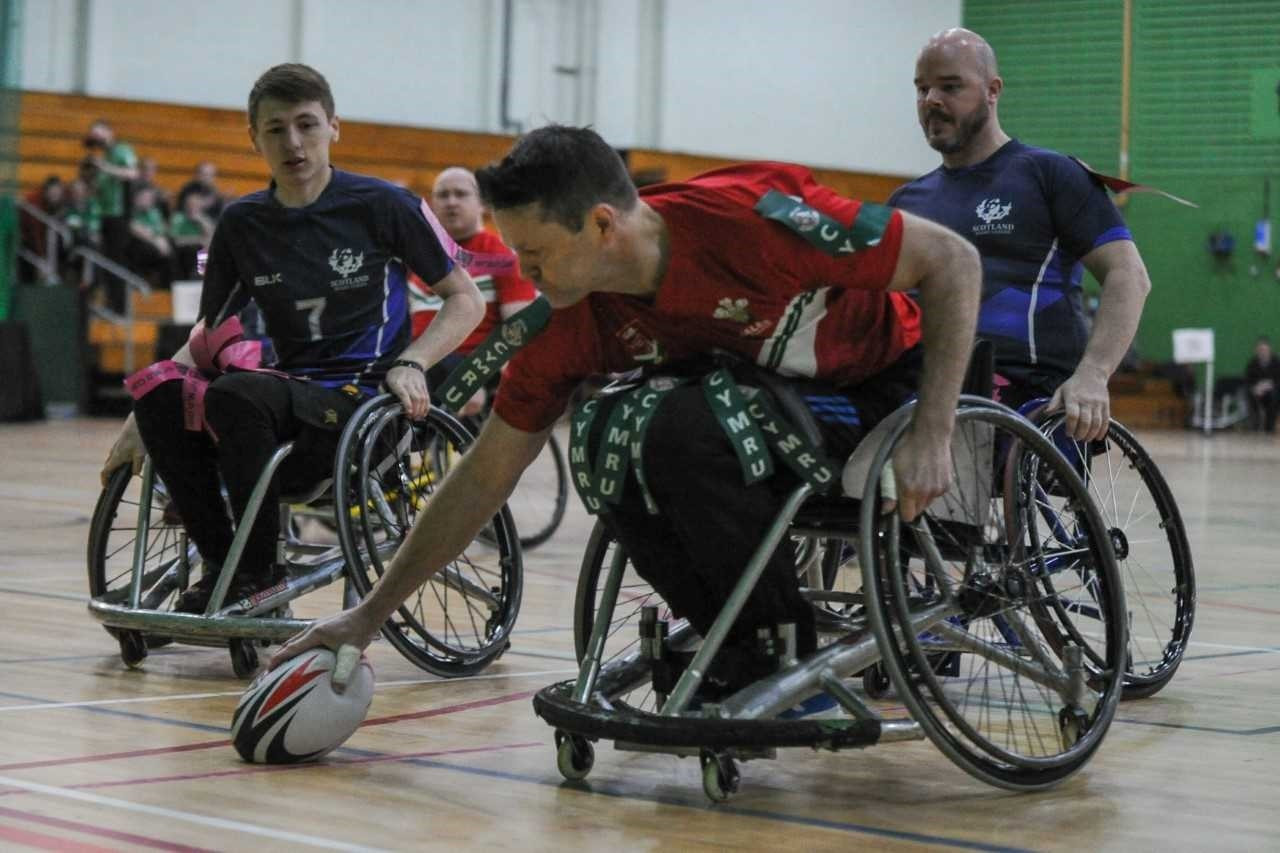