Serbia U19s came from behind to register a 26-20 victory, after debutants Bulgaria came close to a shock upset win on their debut in Sofia in front of 300 fans at the ZTP Stadium.

The hosts led 16-10 at the break, fullback Aleksander Aleksandrov with their historic opening try, the lead doubled by Kostadin Debrenaev in the 20th minute.

Vladimir Milutinovic with his first touchdown and a goal responded but Bulgarian stand off Veselin Pekhev extended the home side’s lead, Ilija Krstic going over for the Serbians just before half time to marrow the lead to six points.

Ivan Andric and a Milutinovic goal levelled straight from the re-start, but outstanding Pekhev with his second restored the Bulgarians advantage.

Greater experience saw the visitors, who are preparing for the U19s European Championships later this year, finish the stronger, excellent skipper Milutinovic claiming his double and 14 points overall, and back rower Stevan Ivankovic with the clinching score. 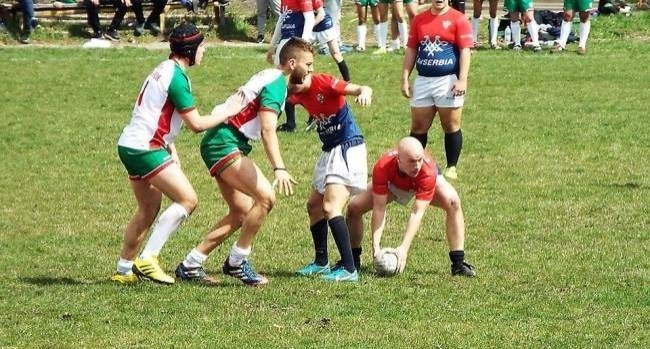