In a repeat of the 2014 Balkan Championship Final, Serbia surged to a big win and, in the process, avenged defeat against Greece in 2014.

In front of a healthy crowd in Belgrade, Serbia and Greece took to the field having secured wins against Bulgaria in their previous games, Serbia having done so in the curtain-raiser to this game, and looked to assert their forward power and backs skill to dominate.

Serbia started quickly, with Milos Calic running clear inside six minutes to open the scoring, and Greece were unable to extinguish the fire in the Serbian attack, conceding four tries by the 20th minute. They were able to stop the onslaught for the rest of the half and even found space for Dimosthenis Kartsonakis to score after half an hour, with a Bosmos Penalty making the score Serbia 18 Greece 8 at half time.

However, this was the last time Greece would score a point in this game as Serbia again started the half quickly after a well taken Relja Petrovic try on 42 minutes and never backed off, forcing Greece to defend against an organised and persistent Serbian attack.

Serbia scored four more tries in the second half, with Dorde Stosic bringing the proceedings to a close in style after driving through a couple of tackle attempts and sprinting clear to touchdown under the posts, confirming Serbia’s comfortable 50-8 win and the Balkan Championship.

“It was a specific situation, so we made the most of it, giving the chance to some of our younger players to gain international experience. We are happy for the two wins, but more importantly, we had some 18 and 19 years old players debuting for the senior side today”, said long time captain Dalibor Vukanovic, who along Dimitris Dajc, Vladica Nikolic and Admir Hadzic took a temporary role in coaching the Serbian national team. 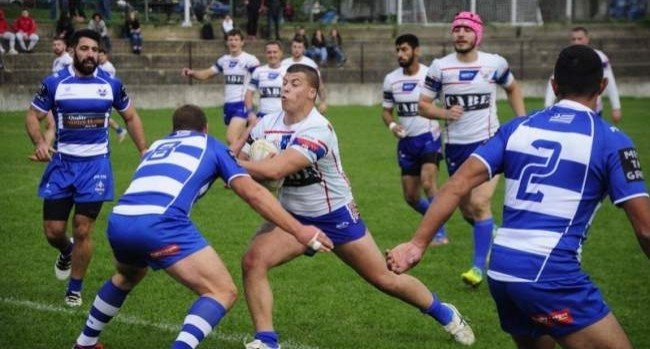