A dominant first half performance saw Lebanon take the next step in preparing for the 2017 Rugby League World Cup, as they defeated Malta 24-4 at the New Era Stadium in Cabramatta. They will play in the same group as Australia, England and France come the tournament.

The Cedars led 18-4 at the break, Malta containing the hosts to just a converted try in the second period. Star of the show was Lebanon stand off Abbas Miskie who crossed for a hat-trick of tries and kicked a perfect four goals.

“With limited time together leading into the game, we came together well and everyone performed,” Miskie said. “There's always an extra bit of drive inside of you when you’re representing your country and the boys definitely showed that passion. “The tactical side will come with time but it was definitely pleasing to see the comradery shown among the group which I think is one of the main recipes for a successful campaign come the World Cup.”

Stand in coach, LRLF director of performance Tarek Houchar added: “To Malta's credit they kept coming at us for 80 minutes, I was more impressed with our defence in conceding one try. If we can carry this attitude into the World Cup anything is possible, there's a good feeling amongst this playing group and we will continue to develop into a country that can earn the respect from other nations.”

Loose forward Andrew Kazzi was also a standout for his side.For Malta, coach Peter Cassar was impressed with his side’s resilience. “Aside from being out-enthused for the opening 15 minutes, we dug in and weren’t far off for the rest of the game,” he noted. “Maltese people are very proud of their rugby league team. A packed suburban stadium was evidence that this game is a popular fixture, as did an impressive live-stream audience of over thirty thousand viewers.” 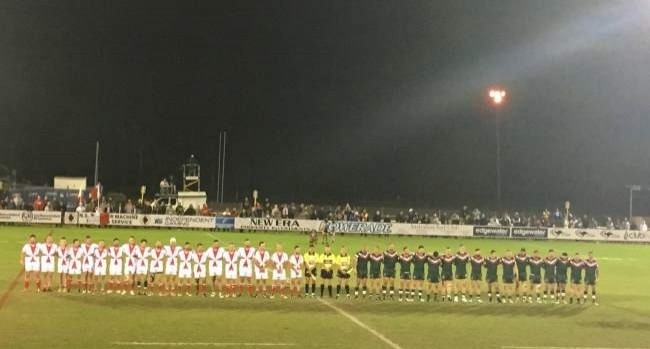