History was made at the Fouad Chehab stadium, Jounieh when a crowd of around 1,000 saw the Lebanon Junipers women’s side face their Italian counterparts in a debut for both nations, and the first women’s international in the Middle East region. Italy won a match of notable skill and endeavour 22-0, the return scheduled for early May.

The match was attended by Italian Consul Giorgio Valerio and Australian ambassador Glenn Miles, the Italian team having been given an official reception by the Italian embassy beforehand. The Azzurri led 10-0 at the break and scored four tries, two to outstanding prop Anna Barro.

“We only started to play recently and have a lot to work on especially on the play the ball,” said Italian skipper and stand-off Valentina Virgili, who posted their second try. “But I saw all the team fighting and not give up! We can't wait for the next match.”

Her coach Tiziano Franchini added: “I am very satisfied with the performance and how the team reacted and improved by the minute. It is a great result after only starting work with our domestic female movement in November.”

The match, which also featured a female touch judge, is seen as the springboard for the women’s game in Lebanon, whose players were taking the field for only the third time. There are domestic sides set up at AUB, LAU, Oracs, Jounieh RLFC and Jamhour, with a championship due to start.

Junipers’ captain Nayla Saniour commented: “It was a very intense experience on many levels and a challenge to compose in so little time a homogeneous entity both on and off the field. The official team trainings were happening four to five times a week, whether on green fields, in the gym, steep stairs or in indoors video sessions. Players were also selected on their level of commitment and behaviour to represent properly the country as a national team.

“The game itself was a big step for every one of us, we all pushed ourselves and managed to play a tough match that challenged us as much physically as it did mentally.”

Ghassan Dandash, the Lebanon coach, added: “Now we have a lot of work to do on many levels but at least we know we have the basics sorted out and the rest is a matter of time, good planning and commitment.” 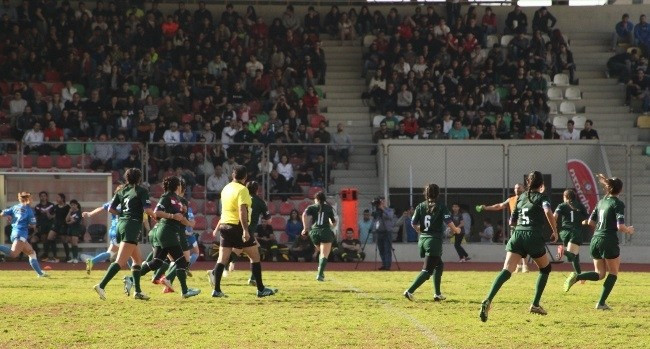