Down 16 – 10 at half time, Malta were lucky not to have more points put on them with the amount of ball turned over.

Whilst calling the shots in the number 9 jersey for the Philippines, Hooker Luke Srama showed his experience in a physical opening encounter.

Two different teams emerged after the interval, as Malta Captain Jake Attard steadied the ship with his direction out of dummy-half. Rookie 19 year old Joel Bradford, who was called into the squad at the last minute, stood tall at fullback, offering great support play and safety under the high ball.

Fellow debutant, Luke Cauchi exploded onto the International scene bagging four tries in a memorable performance. Newcastle Knights back rower Ben Stone was used off the interchange bench and changed the game with his talk and defence, whilst two-time Malta Knight Nathan Falzon looked dangerous every time he touched the ball.

Knights were the dominant team in the final quarter of the match, running out 44 – 26 winners. 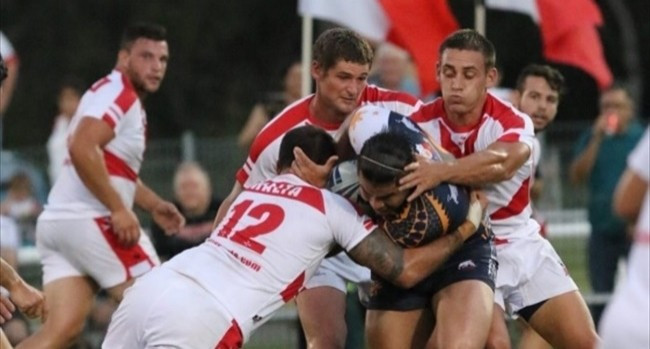