The Lebanese U21 side successfully ended its tour of Serbia by winning 22:6 (10:0) in the second match of two-Test series against the hosts, held at SC Inge. The Junior Cedars were the better team in both games, but Serbia U21 were able to draw the first match on Thursday with a try in the dying minutes (18:18).

This time the visitors didn’t allow a late comeback, convincingly holding the lead during most of the game. Hooker Raphael Mekari broke the deadlock on 21 minutes, then the standout Lebanon player on tour, Ray Sabat, who had been moved from centre to fullback by coach Robin Hachache, added the second ten minutes later to give the Junior Cedars a ten-point lead at the half.

Aleksa Radic’s early unconverted try after the break sparked much better play by the Serbians, who also kicked a penalty from stand off Djordje Stosic to make it 10:6. But the hosts couldn’t completely turn the game around. After making a stand with their defence, Lebanon got two converted tries in last minutes, courtesy of its second row. Jean Michael Rizk's score two minutes before the end took the game convincingly out of the reach of the hosts. 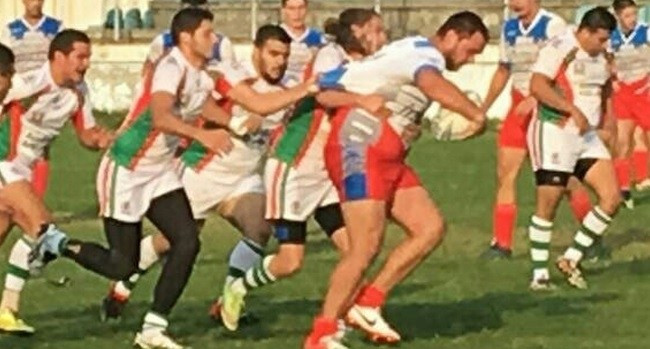