Serbia ran 13 tries in a convincing 64-4 win against hosts Spain in a Test match at Quatre Carreres, Valencia. It was the last test for both sides before 2017 Rugby League World Cupã€€European qualifiers next month, and the visitors looked like the team best prepared for the challenges ahead.

Looking nervous at the start, Serbia broke the dead lock in 6th minute with a try from Vojislav DediÄ‡ which soon put the Serbians at ease. When Jason Muranka scored 11 minutes later it opened a series of four more Serbian tries before halftime. Winger Dalibor SamardÅ¾iÄ‡ got two and both Miloš Ä†aliÄ‡ and Relja PetroviÄ‡ added one each for a comfortable 28-0 lead at halftime.

As expected, Serbian coach Ljubomir BukviÄ‡ was thrilled with a big victory: “We are obviously extremely happy with the score, but more important we are pleased with the team play, great spirit and motivation from our players. Even though it was a team effort, I want to point out how our three heritage players fitted in so well and how professionally they performed. This is a huge boost for us, but when Monday comes we are going back to practise hard and further prepare ourselves for qualifiers."

Both teams are scheduled to continue their quest for the 2017 World Cup in October's qualifiers, with Serbia playing Wales and Italy in Group A, while Spain will rival Ireland and Russia in Group B. 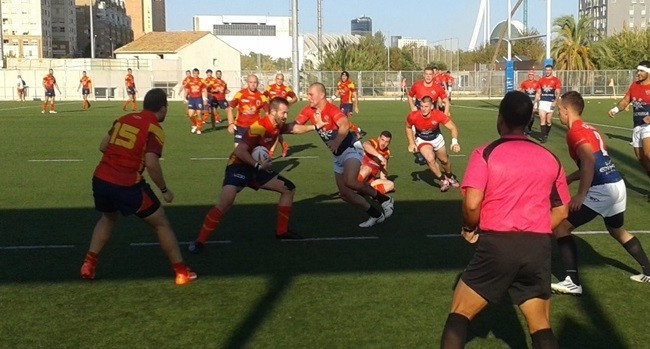