Wales won the Rugby League European Championship for the first time in five years after convincingly beating Ireland 30-4 in Bray on Saturday evening. Only needing a win or draw to take title for the seventh time, drawing level with France in title wins, Wales were given a good game by the Irish and took their chances to virtually wrap the game up before the break. It was a fitting end to an exciting 80th anniversary European Championship tournament that had seen the closest competition since the new four-team structure was first introduced in 2010.

There were early chances at both ends. Some good Irish defence kept Wales out after they won a penalty on the half-way line. Ireland lost a chance to score soon after that as a hopeful kick bounced over the dead ball line. Courtney Davies kicked well for the first penalty and did even better second time around, reaching the 10 metre line. Wales won a scrum after that set enabling Dalton Grant to keep up his scoring record by grounding in the corner. Davies converted.

Ireland pressed for a levelling score. Liam Finn's cheeky chip almost fooled the Welsh defence but it was cleared up at the second attempt. And after Wales fumbled in the next set, Ireland Elliot Cosgrove was stopped in his tracks on the fifth tackle. Then Wales got a second try out of nothing after Casey Dunne dropped a high bomb and Lewis Reece was quickest to react, running in for Wales' second try. Davies converted. Ireland bombed an almost certain try after a ball was dropped from a grubber kick and Wales made them pay.

From a penalty, Steve Parry dived over from dummy half on 33 minutes for one of his trademark tries. Davies goaled again to make it 18-0. Five minutes after that, Rhodri Lloyd took advantage of a loose ball to run over in the corner for Wales' fourth try on 38 minutes. Davies' kick was short but Wales were still 22-0 up at the break.

Some good defence prevented Dalton Grant getting Wales' fifth 10 minutes after the break but Wales continued to take advantage of sloppy Irish defensive errors. After winning a scrum from a dropped ball, Elliot Kear, on a repeat set after that, forced his way over with Davies converting before adding a penalty to make the score 30-0.

Wales were denied their first shut out in 23 years last Friday when France scored with seven minutes to go. This time, it got to 72 minutes, when following two successive penalties, Callum Mulkeen scored in the corner. Finn sliced his kick wide. But it was just consolation for Ireland as Wales finished 30-4 winners and deserved European champions for 2015. 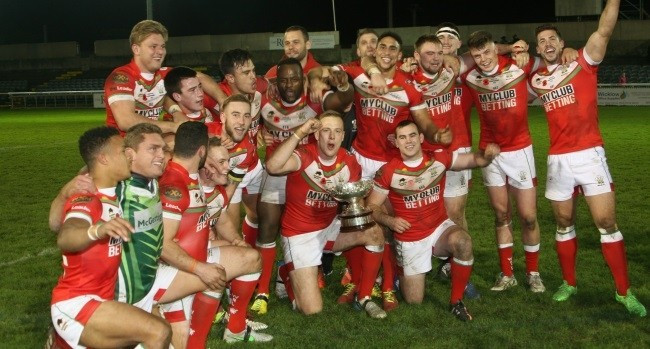