Richard Agar’s men dominated the first half to put pressure on Wales and Ireland, the young Scots bravely coming back into the game after the break.

“There are some positive signs,” said France coach Agar. “We must be ready for the next World Cup in 2017 and this tournament has seen us bring nine newcomers into our ranks and that is the real bonus for us. Playing at home is a real boost and that showed in the first half when we looked strong and technically proficient. Full credit to Scotland for fighting their way back in to the game.”

Local SO-Avignon winger Olivier Arnaud opened the scoring to the delight of the home fans in the third minute, crossing in the corner for an unconverted score but Scotland, without Danny Brough, hit back well, Shane Toal going over soon after and Oscar Thomas goaling to give them the lead. Gigot, who has also donned the Avignon colours, got his first touchdown on the quarter hour, Kevin Larroyer and Morgan Escare with two tries in four minutes putting Les Tricolors in control. Stanislas Robin jinked clear to extend the lead on the half hour, Gigot with his double two minutes before the break, at which the hosts led 28-6.

Scotland, with a young bench, showed great enthusiasm in the third quarter to win the territorial battle but they were undone when Ugo Perez’’s spinning, solo run caught them unawares and he went in for the seventh French try. To their credit, the Bravehearts ended the stronger, David Scott and busy hooker Liam Hood both taking opportunities for converted tries.

“I’ve got mixed emotions,” admitted Scotland head coach Steve McCormack, whose charges could not defend the crown the won in 2014. “It was an outstanding effort but we're disappointed because if we’d started the first half like did the second, we’d have won the game. The same thing happened against Wales and Ireland – we paid the price for poor starts and lost three games we could have won. But I’m so proud of how the young lads coped with the challenge. We had another three debuts today and more than half the squad were young kids who have come through the Scotland Rugby League pathway.” 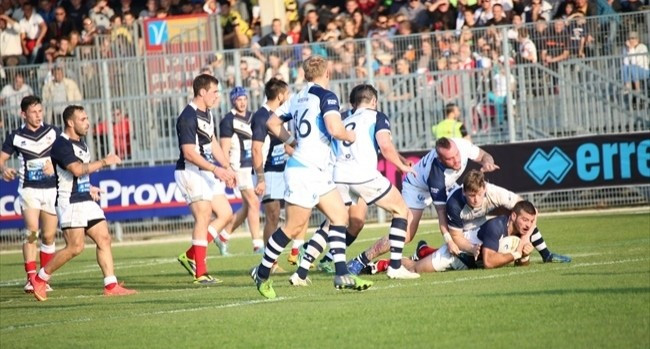