South Africa succeeded in its first step towards qualification time for the 2017-World Cup by beating the national side from the Philippines -Tamaraws 32-28 in an international game at Hammondville Oval, New South Wales, Australia whilst being on a development tour.

For the first time Australian-based players with heritage-association with South Africa, were invited to join the Rhinos on the development tour to Australia.  Their experience in the code was of great advance to the SA-players of whom but only started to play the game about a year ago.

Most of the Philippine players are also based in Australia and plays Rugby League at Australian Rugby Clubs.

The Rhinos started with a bang by scoring the first three tries of the game before the Tamaraws could stop the flow of tries.  The Philippines with their superior knowledge of the game had to claw back with similar attacks to ensure that the Rhinos were not going to overpower them already in the first half.

Both teams produced nice runs and the scoreboard was kept busy with the scoring taking place on both sides.  The tempo of the game was fast with quality group-tackles on both sides.

At the end it was the superior conversions of the Rhinos that kept them on the score board as the leaders.

Having only 6 penalties allocated during the game to each team- both sides each indicated how well controlled and disciplined the game was played. 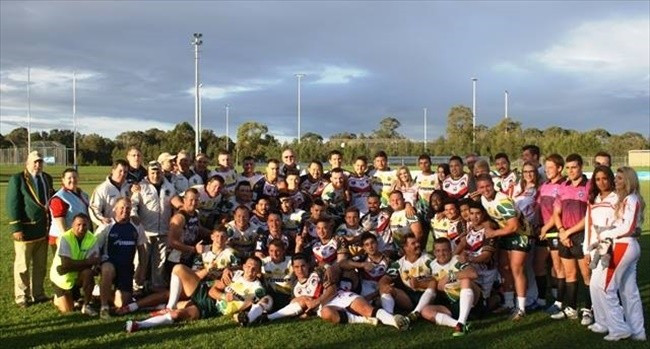