Played in Valencia in warm conditions the BARLA Emerging Young Lions produced another excellent performance winning 66-6, after leading 40-0 at the interval. In a great team performance Joe Willock put in a brilliant display going over for a hat-trick and converting half a dozen kicks from twelve attempts.

For Spain as in the opening game they gave it their all and even though defeated it is a great rugby leagfue education for both sides, which will see players from sides in the frame to play in their crucial 2017 Rugby League World Cup tie against Latvia in Riga later this month.

The game was as good as won in the opening quarter when the Lions scored four tries for a 20-0 lead. Karle Hunte (Clock Face Miners) went over on two minutes and after ten minutes of Spanish defence Jake Corrie (Kells) doubled the lead.

The visitors scored a further two tries in five minutes Will Johnson (Skirlaugh) going over on 15 minutes, followed by Jack Townend (Featherstone Lions) and Willock converted both.

From the restart Willock crossed and added the extras as he did after Daniel Burns (Wath  Brow Hornets) having only just come on the field. Just before half time Conor Taylor(Wigan St Pats) scorched over for a quick double making half time score 40-0.

In the second half Willock went over for his second try on 46 minute and converted and four minutes later Jack McConachie (Rochdale Mayfield) brought up the fifty. Continuing with sparkling attacking rugby league, Jordan O'Leary (Seaton Rangers) was next to go over on 57 mins for a converted try and Willock’s sixth conversion.

Willock had the final word in a man of the match performance as he completed his treble for an individual points total of 24 points and following his outstanding display in the opening game of the tour he was named Player of the Tour.

BARLA Emerging Young Lions Team Manager Neil McCartney said; “Congratulations to everyone involved in the tour to Spain, It's been a huge honour to represent BARLA for everyone involved. We've all made friends for life. The players were an absolute credit and their families and clubs should all be proud of each and everyone of them.

“Thanks go out to all the families and friends that made the journey to support us. It meant a lot to have such excellent support behind us. A special mention goes to Joe Willock of Castleford Lock Lane who was awarded Player of the Tour for his outstanding performances in both games.” 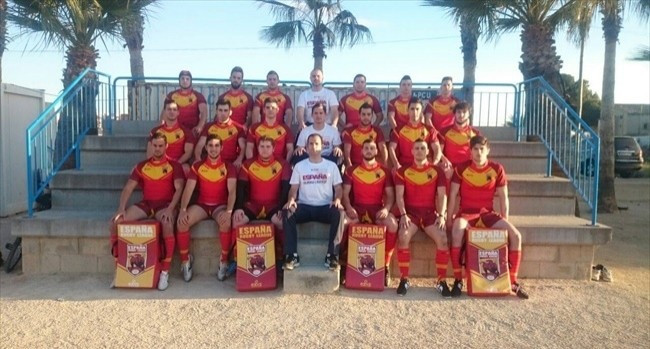