England Youth mastered the wet and miserable conditions at Wakefield’s Belle Vue Stadium to triumph 16-6 in their Good Friday junior international against France Under-16. The first of a two-match series could not have gone much better for Shane Eccles’s side, who dominated the game in almost every respect.

Throughout the first period England were encamped underneath the French sticks; were it not for the stubborn try-line defending of the visitors, England could quite easily have scored more than their single first-half try

England were at times neat with the ball in hand – despite the unrelenting rain, which cost two early tries through knock-ons. It took just 15 minutes for the home side to open the scoring, as Leeds Rhinos loose forward Cameron Smith went over under the sticks.

The only disappointment for England was that, despite their dominance, they could not shut France out. The visitors rarely came within striking distance of England’s line, managing one score through Hugo Priels, who scrambed over three minutes before the interval.

The second half was played at a quicker pace and England carried on from where they left off – a storming run from Wigan Warriors stand-off Declan O’Donnell was halted just yards from the French whitewash before Castleford Tigers hooker Jacques O’Neill powered through moments later.

Despite France now venturing up-field on a more regular basis, England never lost control of the game. James Worthington finished a sweeping left-to-right move in the corner to all but ensure the victory.

“I’m happy, we have worked really hard all week,”said Eccles.“We expected it to be really tough and it was physical but the lads did well to carry on with a good attitude and character to come out with the win. We have worked this week on keeping the opposition in their own twenty and not letting them get out, and I think what we have done in training they took out onto the field. I was really impressed with that.” 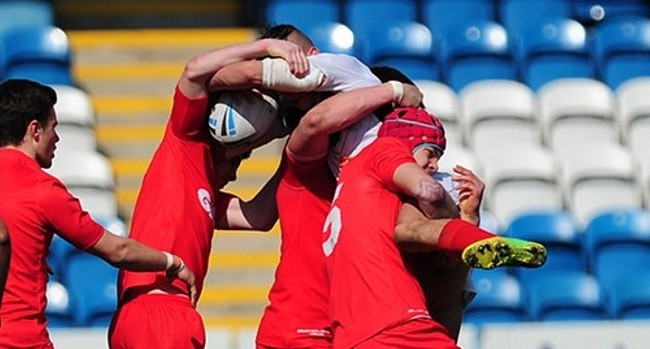