Greece, fresh from winning European Championship C, added the first-ever Balkan Championship to their trophy cabinet, after defeating Serbia 50-22 in the final, played at Makis Stadium in Belgrade.

In a fast-flowing contest, the Greeks shocked the hosts by racing to a 14-0 lead after just 12 minutes with tries from Sebastien Sell, Billy Tsikrikas and Jake Vrahnos. But Serbia responded with touchdowns to teenager Dzavid Jasari, the first Roma to play in Serbia and Vlado Kujic to reduce the deficit to just two points.

In the final minute of the half, a Jordan Meads pass put winger Panayiotis Lampousis over in the corner to give Greece an 18-12 advantage at the break. As in the first half, the Greeks took control of the second with early tries to Tsikrikas and Meads. Serbia replied through Peru Madzarevic but four tries in 11 minutes saw the visitors in control. Serbia played to the last and finished the game with a consolation try to Madzarevic.

In the play-off for third, Bosnia Herzegovina won their first-ever Test match defeating Hungary 32-6, who scored their first try in their third international. 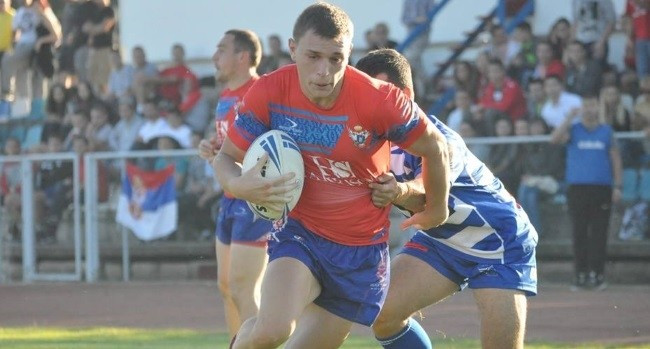