BARLA, who had won the tour opener 42-16 on Tuesday evening, made light of the blistering early-evening heat by easing to a 44-0 lead after 40 minutes with Campbell’s two touchdowns, Phillips’, Flynn’s and McGilvray’s openers plus tries by Drighlington prop Andy Brearley, second row Richard Cattley (Stanley Rangers) and Saddleworth scrum half Adam Kirwan.

Britain were limited to tries by Flynn, Phillips and McGilvray in the last 40 minutes, while Myton stand off Ashley James completed an eight-goal haul.Phillips was the man of the match, and there were outstanding displays by Barrow Island centre Matt Jefferson, Oulton centre Danny Hardy, Myton winger Carl Booth and prop Luke Brindley.

Gian Luca Pantano replied for Italy, whose best performers were scrum half Peter Vardenega and stand off Franco Kmet.

Coaches Kevin Thompson and Kevin Armitstead now turn their attention to the International Nines Tournament, also to be staged in Moncelise, which is expected to comprise 10 teams and which will take place on Saturday and Sunday.

Campbell, however, could be ruled out through a sprained ankle sustained in the final quarter. 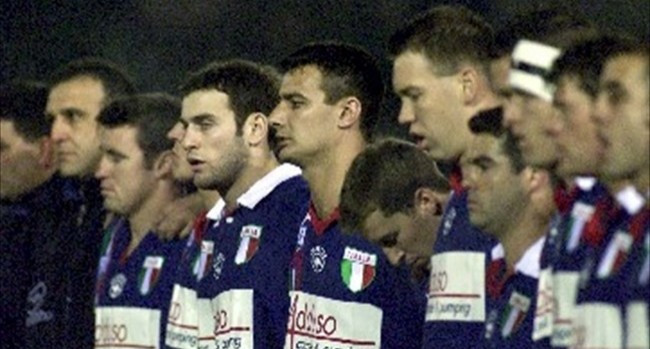