In a tight first half in which both defences excelled, Italy scored the only try through an exciting breakaway by winger Michael Barone, racing 50 metres down the touchline to score. Italy has fullback Domenic Brunetta and centre Dean Norbiato, both debuting, to thank for keeping the Americans out and ensuring Italy led 8-2 at the break.

The second half was a different story as Italy broke free, speedy winger Jessie Princi scoring four tries on his international debut as the brilliance of Italian five-eighth Michael Salafia took the Tomahawks apart.

Sub Anthony Barone kicked a goal to add to man of the match Salafia’s two efforts.

Others to impress for Italy were centre Christian Orsini and duel hookers Jason Commisso and Pat Clarke, who interchanged well and provided some great darting runs from dummy half to set up attacking raids on the fringes of the ruck for Italy.

Italian half back Peter Vardenega played courageously going into the match with an ankle injury, often linking up with his forwards in support.

Stand-outs for the Americans were Sydney-based centre Alf Duncan and prop Ashley Lafranchi plus second-rower Brock Mathers, whose effort levels never dropped and were rewarded with a try, converted by Duncan. The USA’s Players’ Player Award went to second-rower Jeremy Kosbob.

Stephen Smith, the USA Consul General to Australia, was on hand to present the “Columbus Cup” to Italian skipper Capovilla in front of around 2,000 spectators. 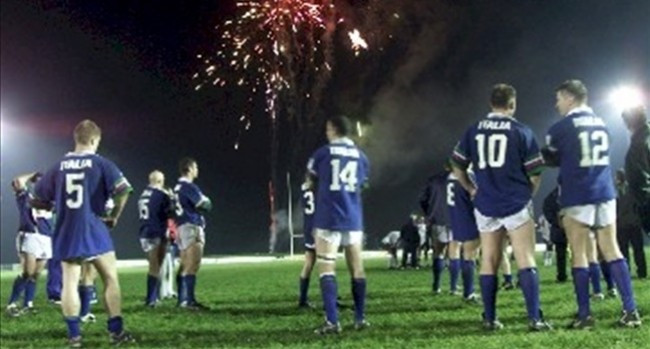