Spain powered to a second win in their second ever international, scoring nine tries in front of a raucous crowd in Valencia as they beat Belgium 50-10.

Belgium worked hard and showed some potential, but they were over run from the start by a rampant Spanish side who opened the scoring in the third minute through Mehamed Gonzalez and were able to threaten the line with great regularity for the first quarter of the game, scoring three tries by the 20th minute.

Belgium were able to weather the early storm and exchanged tries with Spain after Laachiri found space to score, then Garcia scored four of his 16 points with a long range score to make it 24-6 at half time.

Spain again started the second half the stronger, with Perez-Fuster scoring the first of his two tries, and their greater endurance told as they scored four more tries against their tiring opponents, although Leclercq did gain a consolation try in response. 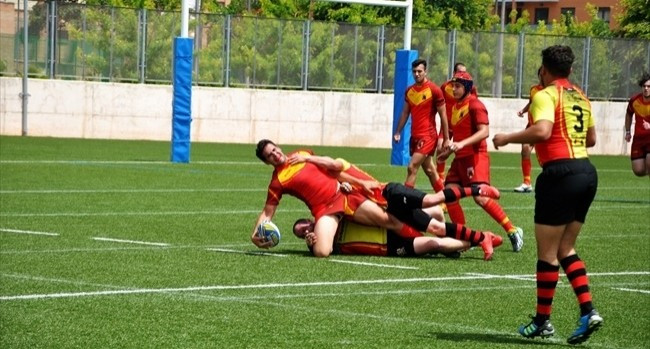