Germany defeated Netherlands 70-16 in the first international in Europe of the year. Played in Delft, the first part of a triangular series also including Belgium, the match doubled as a farewell to Dan Stocks, the departing coach of the German national team. And it was quite a farewell as the more experienced visitors ran in 12 tries to Holland's three.

"Even though it was not the result we were after, the stronger side won and won easily," said the Netherlands' Jason Bruygoms. "But the big winner was the development of rugby league in the two neighbouring countries. As a young team, the game was a wake up call and proof that we are still in the early stages of development, but we are heading in the right direction. The game is something that we will break into peices and build from and hopefully improve before we meet Belgium next month."

German team manager Bob Doughton said, "The core German players put in some wonderful performances - the best they have done in the last six years of their development."

Belgium's Yves Kazadi refereed the match in another first for international rugby league. 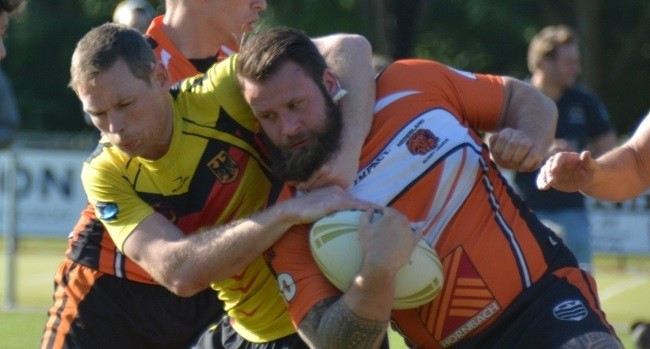