Ukraine qualified for the 2014-15 European Shield courtesy of a 13-try rout of the Czech Republic in Vrchlabi on Saturday. The victory saw them add the 2013 European Bowl to the 2009 edition for their second piece of silverware in official European competition.

Legion XIII second row Mykhailo Troyan scored four tries while halfback Aleksandr Skorbach potted five goals as well as a try. For the Czechs, captain-coach Petr Sedina slotted over two goals in the first half, which saw the visitors amass an unassailable 32-4 lead.

Ukraine coach Gennady Vepryk was overjoyed with the performance: "We did what we had to do. We were waiting for a result like this. We want to thank the Czech side for their welcome in what has been a great four days. Now we can look forward to the higher level of European competition with great belief."

"Off the field, the organisation in Vrchlabi was excellent," said a disconsolate Sedina, "on the field, the Ukrainians gave us a lesson in speed, skill and determination. We must learn from that." 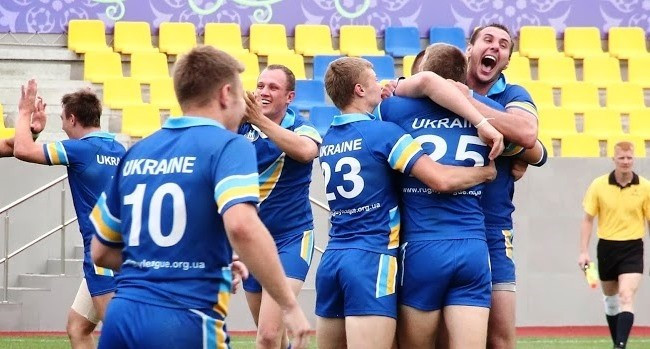