Norway were crowned Nordic Cup winners after defeating Denmark XIII 36-6 in beautiful sunshine in Oslo. The day was picture perfect with many locals enjoying the good weather and party atmosphere at the national stadium.

Norway XIII took just 9 minutes to open up the scoring when they crossed out wide through winger Daniel Fagerås. But 6 minutes later the Danes scored their only try of the match when hooker Mark Holjensen scored from acting half. The kick was converted leveling it up at 6 all 15 minutes into the first half.

The two sides were still even with 7 minutes to go in the first half as Norway XIII bombed three chances to go ahead, but they finally found the line in the 34th minute when second row Lars Haigh scored. It only took the Norwegians another set of six before they crossed again when skipper Fredrik Skovly took a perfectly timed pass back inside from halfback Callum Sullivan to give the home side a 14-6 halftime lead.

The second half saw the Norwegians pick up where they left off with Lars Haigh crossing for his second after just 2 minutes. Norway XIII seemed to be in cruise mode after that and were beginning to become complacent with at least another four tries going begging from dropped ball with nobody around. Finally in the 63rd minute prop Isaac Schmidt ran a nice straight line of a well worked move breaking the Danes’ defence and putting the ball right under the black dot.

Norway XIII crossed again twice in the dying minutes of the match to put the score in no doubt as Lars Haigh (76th minute) got a hat trick and Kai Roger Holm scored in the final minute of play. Denmark XIII skipper Eugene Hanrahan said: "We struggled a bit with our structure today but fair play to Norway they were just better than us today".

Norway head coach Matt South said: "I'm proud of how the boys played and it will do them the world of good to win a trophy after coming so close in previous years".

RL Norge president Warren Heilig was a little more frank when asked about the match: "I have to be honest it was nice to finally win a trophy and to finally put to bed that Norway is on top when it comes to rugby league in Scandinavia, but the guys have a long way to go in my opinion. If we were playing a better side today those dropped balls and missed conversions would have killed us and we wouldn't be celebrating. After working with these players for so many years things like that are not really acceptable any more. ‘Enjoy the win but remember we have alot of work to do’ is what I told them". 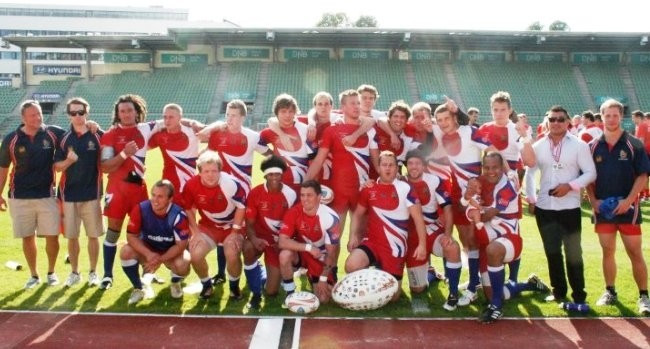