Ukraine ended the Shield season with a comprehensive 21-try thrashing of a depleted Latvian side missing several players from the team who gave an encouraging showing against the Russians last month.

Skilful and fast throughout, the hosts gave notice of their intentions with a three try burst inside the opening nine minutes to set the tone; Pavel Kardakov, Igor Shevtsov and Artem Lyubenskey doing the initial damage.

Scrum half Lyubenskey was imperious throughout running in five tries, a total matched by impressive centre Shevtsov, while second rower Youry Smolin set a tremendous lead with his forceful breaks.

The pick of the tries in the first half was a neatly worked move from the base of a scrum which allowed man of the match Lyubenskey to dart through a gap in the Latvian defence and race 50 metres to the posts.

He also kicked two goals and could have added to his 24 point tally in the second half but unselfishly handed the ball to a team mate near the line only for it to be dropped.

The Latvians rarely troubled the Ukrainian line however full back Leno Bramanis never gave in and prop Martins Kvins worked tirelessly throughout.

With home half backs in total control, stand off Alexander Skorbach finished with a 36 point haul from a try treble and 12 goals.

The match completes the season for both nations who will both be encouraged by the progress they have made and will look to build on this yearâ€™s competition next season. 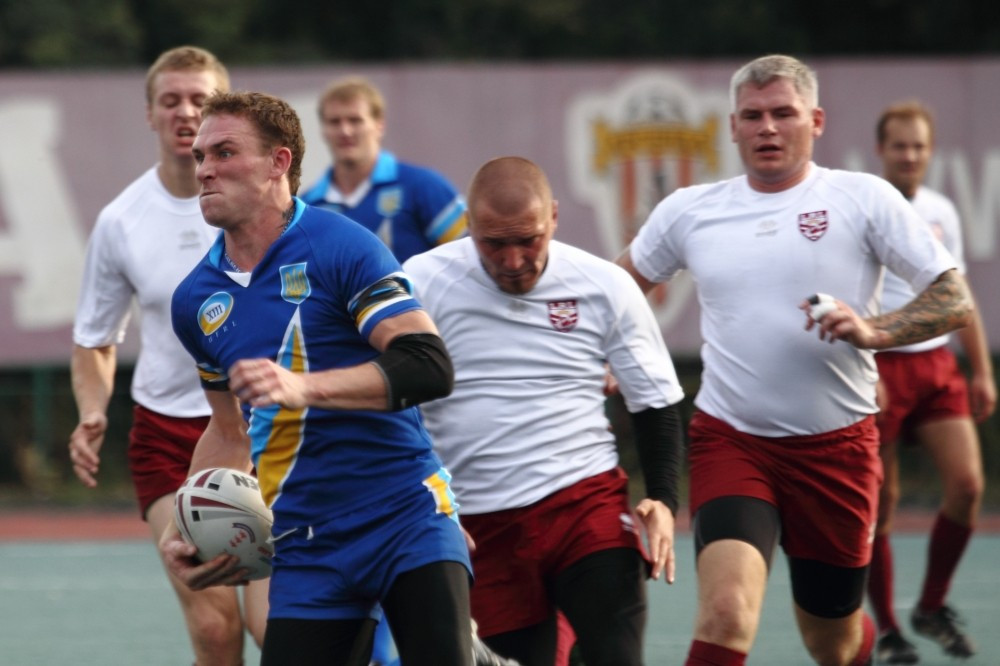