2005 EUROPEAN CUP GROUP 2
Seven days after their humiliation in the south of France, two-try Russian hooker Roman Ovchinnikov led the Bears to an overwhelming win over a Goergian side containing several rugby union internationals. Ovchinnikov ran the show with his searing darts and clever distribution as the Russians were given too much latitude to display their skills by an inexperienced side, the opening quarter seeing the hosts race away to a decisive lead in the heavy Moscow rain. The first ever international Eastern European derby was played out in front of an enthusiastic crowd which included RLF Development Director Gary Tasker. 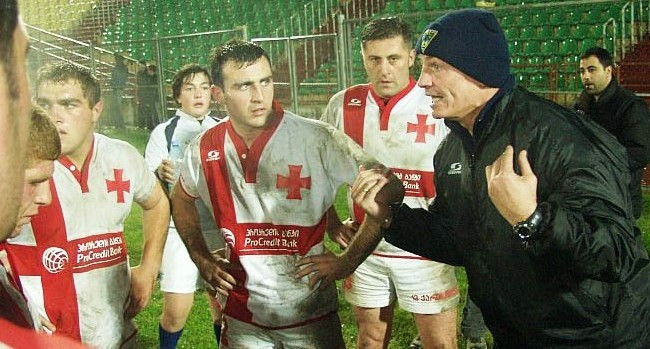