Lebanon ensured Friday’s mouthwatering final Group 1 World Cup qualifier against Ireland will be a winner-takes-all blockbuster after beating Russia 48-0 in bitterly cold conditions to the north west of Moscow. In what were described as “the second-worst conditions Lebanon have ever played in”, according to centre Hassan Saleh (the 2000 World Cup match against New Zealand, played in a ferocious storm in Gloucester, ranks as the worst), Lebanon overcame the harsh environment to register a nine-try romp in rural Naro Fominsk.

Although Russia held Lebanon to 6-0 until the 20-minute mark, their three-quarter defence was no match for the speed and precision of the visitors’ attack, which fired Lebanon into a 20-0 halftime lead. St George Illawarra centre Frank Samia and wings Adham El Zbedia and Adnan Saleh all scored doubles, while fullback Toufic Nicholas, stand off Anthony Farah and second row Ray Moujali rounded off the scoring, with Nicholas adding four goals for a personal 12-point tally. Lebanon has now stretched its unbeaten streak to 11 matches, one behind the 1999-2001 Australians, with a chance to tie Chris Anderson’s vintage Kangaroos in Leeds on Friday night.

Lebanon needs to win to qualify directly for the 2008 finals, as Ireland holds a superior points difference. If the Cedars lose or draw they will go into the play-off for the tenth and final spot in the finals, facing either Wales or Scotland on 9th November before moving onto the final eliminator against either the USA or Samoa on 14th November.

Lebanon coach Darren Maroon fired a warning shot across Ireland’s bow, saying “we have improvements to make, big improvements. We were rusty; it was our first game together.”

Russia hooker Roman Ovchinikov praised the Lebanese performance: "I am very disappointed that smaller countries will participate in the World Cup but our team, we tried," he said. "We are doing the best we can at this moment in time. The Lebanese team showed good individual games and the team game benefited." 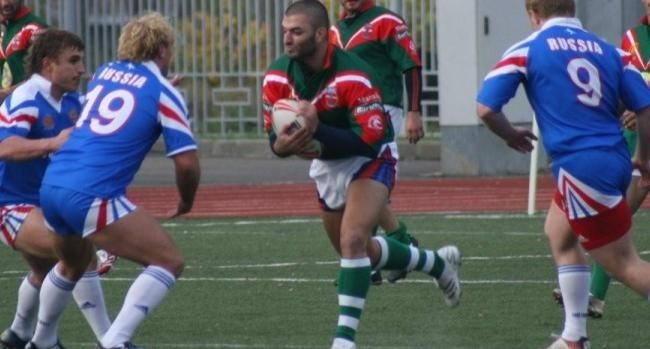