Estonia was swept aside in the retun leg of the European Bowl, with young Latvian fullback Vigo Valdavs, pictured, their tormentor. The son of the LRL president, who was playing on the wing to give the RLEF its first father-and-son combination, scored seven tries and three goals for a personal haul of 34 points. Added to his 20-points haul from the away leg in Tallinn, Valdavs Jr could point to a 54-point tally and an early mark for the Bowl's record books. 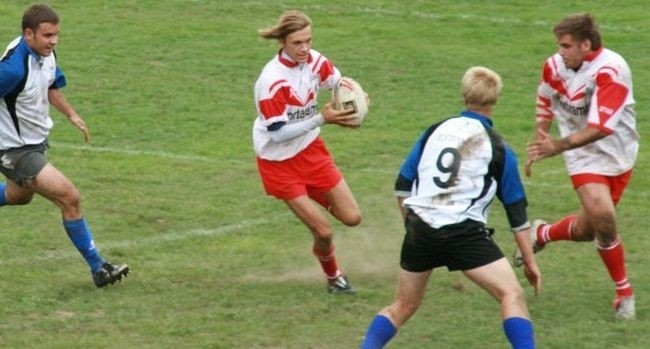