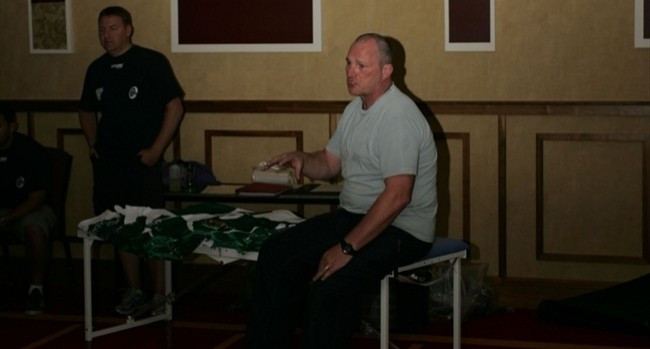 Ireland play their first home fixture of the 2010 European Cup in Tallaght Stadium on Sunday- a venue which has impressed Head Coach Andy Kelly.

"I think it's really fantastic, going to Tallaght" said Kelly. "We're going to a stadium that's worthy of hosting a game."

The Irish team lost out 31-30 to Wales in Neath last Sunday but put in a spirited performance- in the end losing out thanks only to a Lee Briers drop goal. Kelly says that his side "worked really hard" against Wales but admitted he was "disappointed" with the loss.

Sunday's match against Scotland may be irrelevant in terms of qualification for the 2011 Four Nations- with both sides out of contention- but Kelly sees the importance of the match in the future for Irish Rugby League.

"We're looking forward to it," enthused the Irish coach, speaking after the match in Neath, "and we're hoping that somewhere along the line it could become a bit of a home base for us. We might look back on the Scottish game and see it as a fillip for the game going forward."

Despite an impressive performance against Wales, Kelly was quick to acknowledge that there was room for improvement. "I think we can improve our transition play and some of the individual play too. Collectively we just have to make sure we put in the same effort."

Ireland's opposition Scotland have also lost their opening two European Cup matches and Kelly spoke of how both sides will be eager to register a win this Sunday. "They [Scotland] had a decent result in France and I think both sides would want to get the two points rather than be left in the wooden spoon spot."