GREECE GEARS UP FOR CZECH CLASH 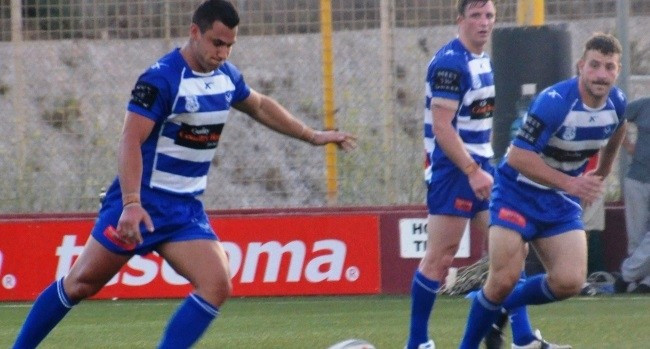 Table-topping Greece have named a powerful 30-man squad for the third and final European Championship C match, in Athens, on 11 October. Coach Matt Ashill, a Welshman by birth but long-time resident of Athens, is keen to see the local players mix further with some of the elite overseas-based ones such as Michael Korkidas and Gateshead Thunder half-back Jordan Meads.

“The local players have performed very well in the domestic championship and, as they get more experience, they are going to be very helpful for the national team” he said. For most it is going to be a reward for their efforts in a short time as they only started playing 10 months ago”.

Hellenic RL president, Tasos Pantazidis added: “The match will take place in Aspropyrgos, the home of a new rugby league club and that will be a strong motivation for the new players and the local community who will be present in the match”.

The Czechs, who lost at home to Malta in their first match, will be battling to avoid relegation which would end a four-year spell in the competition, previously known as the Euro Bowl.