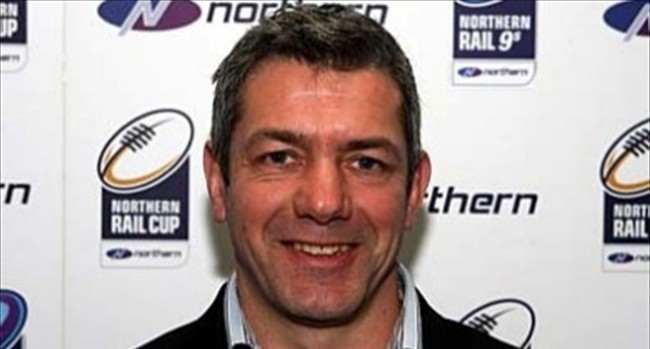 Powell, 45, will work alongside McNamara and the existing England staff on the national team, the Elite Training Squad and the England Knights.

He joined Rovers having previously coached Leeds Carnegie in the Rugby Union Premiership and Leeds Rhinos in Super League.

Welcoming Powell to his coaching team, McNamara said he was looking forward to working with one of the country’s most respected English coaches.

“Daryl has a wealth of experience and I was delighted when he agreed to join us for what promises to be a very exciting period for international Rugby League,” said McNamara.

“As a player Daryl was a model professional and he has carried that integrity across to his coaching career. I’m sure all the players involved in the England programme will benefit from his vast knowledge.

“Daryl played much of his career at centre and stand-off and that insight will be invaluable with the work he will be doing with the outside backs in particular.

“I would like to place on record my thanks to Featherstone Rovers and their chairman Mark Campbell for supporting this appointment.”

Powell said he was thrilled at being given the opportunity to work with the sport’s elite players as England prepare for their international fixtures this year and the Rugby League World Cup in 2013.

“This is a terrific opportunity for me and one I’m really looking forward to being involved with,” said Powell.

“Steve and the RFL Performance Department have put in place an outstanding programme with the ETS and the Knights programmes which I’m sure will give England the best possible chance to achieve our ambitions going forward.

“Although Featherstone are a part-time club I’m employed full-time at Rovers and will work exceptionally hard to ensure my involvement with England doesn’t interfere with what we have been doing at the club.

“My appointment as England assistant coach is a great honour not just for me but for Featherstone Rovers and the Co-operative Championships and reflects the high standards in that competition.”

Powell will join McNamara, the rest of the England backroom staff and the 32-strong Elite Training Squad on Sunday when they meet for a two-day camp at RAF Cranwell in Lincolnshire.