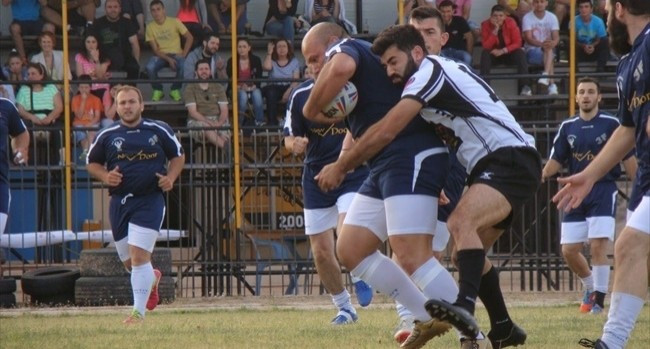 Four teams took part in the annual Hellenic 9s, held for the first time at the home of newcomers Pyrrihios Aspropyrgos, in Gorytsa Aspropyrgos, west of Athens.

Aris Petroupolis took the trophy with over 500 fans present to see an exciting afternoon of rugby league accompanied by a BBQ.

Aris coach, Jim Minadakis commented: “It was a tremendous achievement to win the trophy.”

“No one expected us, after losing to Promitheas in the third match, to dig deep into our hearts and use any energy we had left to lift the trophy - I'm very proud of all my boys.”

He added: “We can’t wait to defend it next year. In only ten months we have achieved getting to the Grand Final with Rhodes, winning a trophy and now five of our boys will travel to Malta to represent their country.”