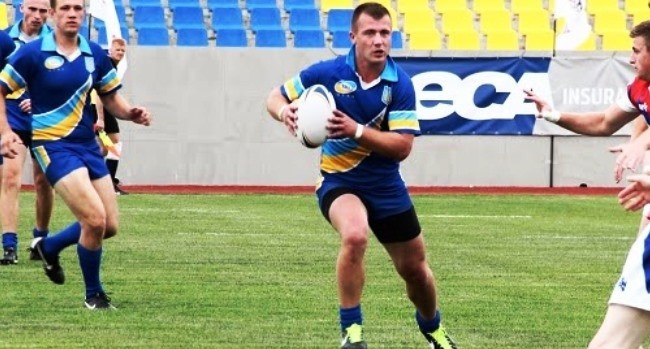 Ukraine and the Czech Republic meet for the first time on Saturday in the third and final match of the 2013 European Bowl. The two countries are playing for a place in the 2014-15 European Shield but it will take a terrific home performance for the Czechs to overhaul Ukraine’s top-of-the-table lead. The hosts need a 21-point winning margin to win the Bowl outright.

Czech player-coach Petr Sedina says his men are ready. “We are looking forward to this very tough encounter. We believe the Ukrainians are the favourites but we are playing on our own soil and we are not going to give up easily. These games give the players an idea of the standard we want to be at and this match will help to improve the quality of the domestic game.”

He has picked a mixture of veterans, led by play-making full back Jan Buben, front rower Michal Hora and three-quarter Stanislav Kosar, and exciting youungsters such as utility Jan Zitek, hard-hitting centre Jirka Pecina and powerful running forward Patrick Suchmar, who have excelled for their clubs this season. Antonin Berk returns from a wrist injury that forced him out of July’s 26-14 defeat in Oslo.

The formidable Ukrainians make a rare trip out of their borders, looking to make a statement ahead of what they hope will be a higher level competition next year. Their preparation culminated in a 38-10 victory against a Moscow City selection in Ukraine on 14th September. Youngsters Daniel Pozhidaev, Artem Bespalchenko, Vitaly Felk and Michael Troyan all showed up well in that match, but three first choice players, forwards Uriy Smoliy and Pavel Kardakov and strike three-quarter Oleksandr Korobov, who scored four-tries in the 42-14 win against Norway, are all unavailable.

"We understand how important this game is for our team and country, so we organised a special five-day camp in Kharkiv,” said coach Gennady Vepryk. “Our team will go to the Czech Republic without some players  who helped in our victory against BARLA Young Lions and Norway, but we hope the new players will take their chance to show what they can do.”

Pictured: captain Sergeii Kravchenko will lead from the front.