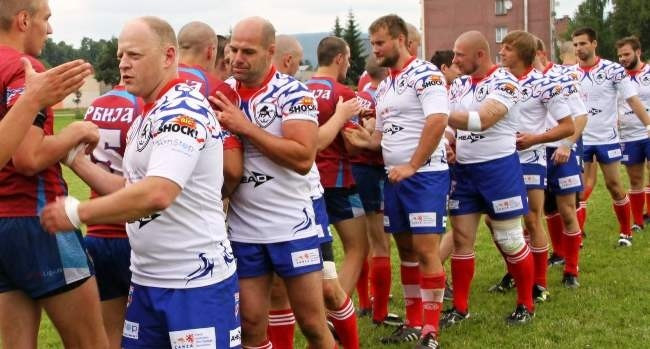 Holders the Czech Republic begin the defence of the title they have held for two years on Saturday when they face Norway in Oslo in the second match of the 2013 Rugby League European Bowl.

Norway coach Matt South has brought in six new faces to his 20-man squad, including 36-year-old stand-off Trent Rowan. He is joined by young front row Erik Holdus, a 114kg tyro from the Kristiansand club. Omar Baghdadi, Sean Casey, Kai Holm and Andreas Thorsen, who played in last week’s 42-14 loss to Ukraine in Kharkiv in game one, miss out.

“We are out to prove a point and stiffen up our defence against the Czechs as we were uncharacteristically very soft against Ukraine,” admitted South “We will be much better with that match under our belt.”

South will be looking for big games from his dependable duo of skipper Isaac Schmidt and Sonny Mellor while Josh Skidmore-Hornby will have the chance to extend his ever-present run to five matches for Norway.

The Czech squad is drawn from eight clubs and is entirely home-grown. The CZRLA is several rounds into its domestic competition, with reigning champions and current league leaders Lokomotiva Beroun supplying six players, including the precociously talented Jan Buben, who player-coach Petr Sedina will hope can spark the Czech attack.

“We are looking forward to playing against hardened rugby league competition in the 2013 Euro Bowl,” said Sedina. “Both teams we meet are imposing opposition; the Norwegians because of the overwhelming advantage they have through the amount of players with rugby league experience both inside and outside of their domestic competition.”

The CZRLA has prepared the squad well, with two domestic trials as well as a hit out against the Serbian Undser-20s in Vrchlabi two weeks ago.

“This is an excellent opportunity for the Czech national team to play tough international opposition and to gain invaluable experience both on and off the field,” said CZRLA Development Manager Mulhall.

Pictured: The Czechs enter the fray.