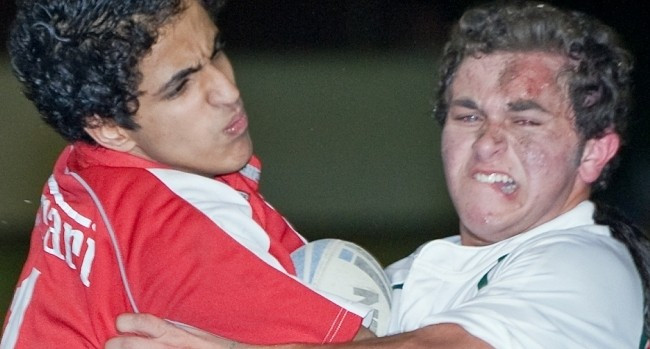 Hungary began its involvement in the sport in 2011, largely through the efforts of former Scottish Student representative Adam Nunn and some of the Budapest rugby community. Hungary XIII played in the European Bowl in 2011 and 2012 and club side Danube Pirates have travelled to and hosted Serbian selections in October 2011 and March 2012. This July four teams will contest the inaugural Hungarian National Cup. On hearing the news of their acceptance, HRLF Director Zsolt Habóczki said: “It’s good we’ve reached a point which is the end of a process but also the start of a road engraved with lot of work.”

The Saudi journey has been more complicated. In 2008, school teachers Chris Ratcliffe, Shaun Nicholls and David Kinkead introduced the sport to their U14s and U16s in Jeddah. The response exceeded their expectations and in 2009 the competition doubled in size, with U12 and U18s playing and two more schools joined by 2012. The Saudi Schools Select side, ‘the Camels’, has participated in all the MENA Championships at every age category over the period.

The difficulties sporting bodies have in receiving official recognition in the kingdom – it requires the endorsement of a member of the royal family – meant that the Saudi rugby league community had not previously sought formal recognition from the RLEF. But this year, RLEF negotiations with SportAccord, the umbrella group for Olympic and non-Olympic sports, resulted in agreement that robust internal governance would suffice for recognising the Saudi Arabian Rugby League Association.

“On behalf of the Saudi Arabian Rugby League Association, I am delighted to now receive Observer status of the RLEF,” said SARLA chair David Kinkead. “Rugby league has been played constantly in the kingdom for five years with an evolving schools championship.”