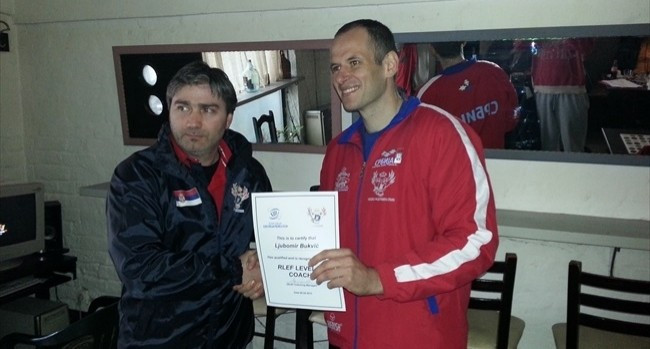 Marko Nikowitz and Mezes Balint from Budapest have become the first Hungarians to pass the Rugby League European Federation Level One coaching course.

Alongside seven Serbians, they took their theoretical paper at the headquarters of the Serbian RL Federation and passed their practical exam at the SC Inge Stadium under the auspices of Serbian national coach Marko Jankovic and Dragan Radlovic.

Jovan Vujosevic, RLEF director for the Central and East Europe, commented, “This is an historic achievement because for first time we have qualified rugby league coaches in Hungary and it again shows the level of co-operation throughout the region.”

“We have undertaken similar for coaches in Greece and Bosnia and the next step is to do the same for match officials. Thanks need to be paid to the RLIF for helping to finance the Serbian Academy which has been used as the base for such projects.”