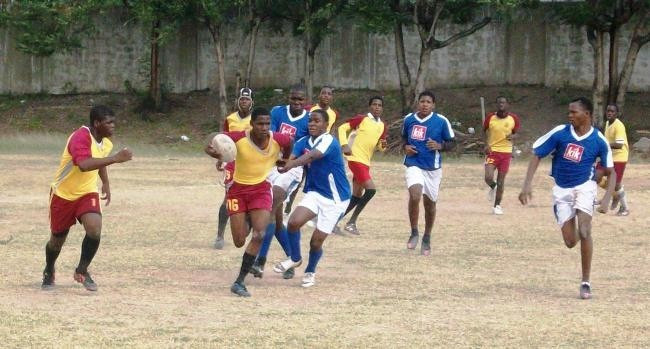 Spanish Town U16 and U19 teams marched on to the JRLA Surrey County championship finals. Their U16s lived up to expectations when they secured a place in the U16 finals on Tuesday, courtesy of a 16-4 victory over St Catherine’s College. St. Catherine put up a gallant fight and scored first through Saleem Maragh in the first half but Spanish Town roared back with two tries from Odane Christy and Adrian Christie to seal the victory.

In the second semi-final St. George’s sneaked home with a score in sudden death extra time. George’s scored first through talented half-back Akeem Gray in the first half. Edith High muscled up with a late try from Jason Wilson late in the second half but St. George’s’ composure proved decisive.

In the U19 category Spanish Town slaughtered Campion College 40-0, with eight different scorers contributing to the one-sided affair. They will face Calabar in the 12 February final after a tense match against St George’s, with the sides locked 4-4 at the break. Two second half tries, against the run of play, secured victory for the defending champs.

Pictured: Spanish Town on the attack against St. Catherine in the first U16 semi-final.