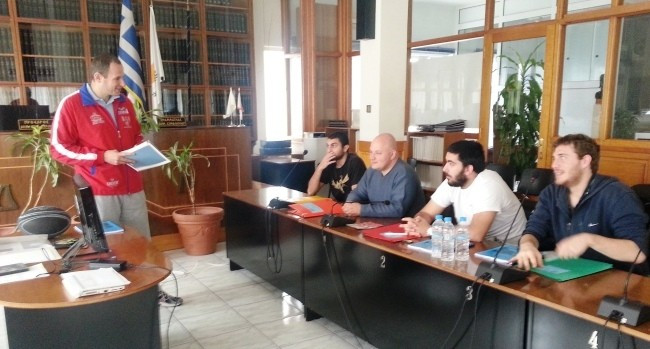 Anastasios Pantazidis, Konstantinos Tzevelekos, Ioannis Mavros, Matthew Ashill and Iordanis Bilikaidis have become the first Greek coaches to gain their Level 1 qualification after completion of a two-day course in Nikaia, North of Piraeus, the port area of the capital, Athens. It was organised following co-operation between the Greek rugby league committee and the Serbian Rugby League Federation.

“I would like to thank the RLEF for the first ever course to take place in Greece,” said Pantazidis, who is also the president of the committee which is currently working with the Greek culture ministry to register a Hellenic Rugby League Federation. “Five new coaches had the chance to get much more knowledge about our sport.”

Significantly, the course was the first controlled by one of the new corps of RLEF-trained tutors, who are products of the federation’s three-year Technical Strategy. Serbia’s Marko Jankovic led on the delivery, supported by Central and Eastern Europe Director, Jovan Vujosevic.

“They transferred to us their experience and the ethics of rugby league,” continued Pantazidis.  “We hope that this is the first step towards meaningful development.”