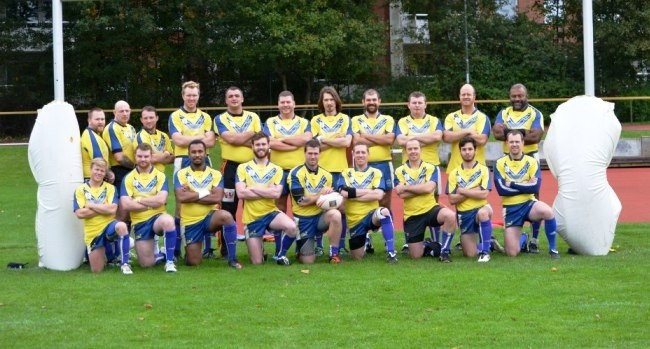 On Saturday a Swedish Rugby League  Barbarians team hosted a Copenhagen select in what was the first domestic game of rugby league between the two countries. The home side hung on to win 30-18 in a well contested game.

The polyglot Barbarians, based in Skåne, includes 13 different nationalities and has over 11 international players past and present from both codes of rugby. The team was the brainchild of Scotsman Rob Leishman who is also the marketing director of Sweden Rugby League. On his joining the board earlier in the year Leishman said “I like rugby league as it suits the natural athleticism of Scandinavian people and it is simple to learn fun to play and great to watch. There is definitely a place for league in Southern Sweden as can be seen by the enthusiasm both on the field and on the sidelines. We had a fantastic crowd here today".

Scott Edwards, Swedish national team coach was equally positive: “It was a resounding success and just the thing that we need to push development further. Having taken Rob on board we’ve now got a foothold in the south thanks to his efforts. In addition Rob’s coaching experience and good relationship with Malmö & Lugi Rugby Club will surely lead to more cohesion”.

Skåne and Swedish national captain, Christian Skogholm, commented: "This was a fantastic day for the sport in Scandinavia as we look forward to the new league in March. We really hope to see more progress in 2013 and want to push for better ranking as a nation. With the right planning we could be pushing for better results in the Nordic cup and consequently inclusion in the higher European Nations divisions.”