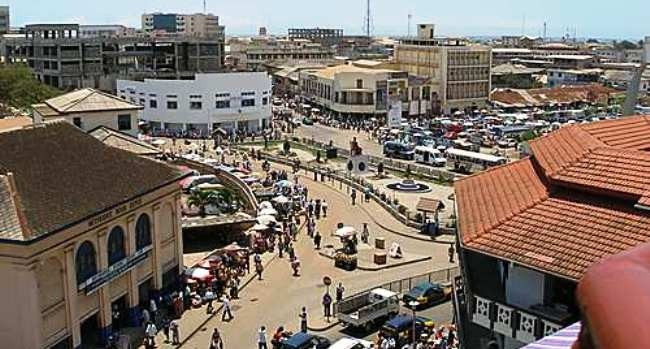 Ghana is spearheading a drive to establish Rugby League in West Africa as part of a groundbreaking development initiative. Driven by a coalition of stakeholders in Europe and Africa, the project will be unique in its design, with a multilateral, cross-sector approach. This will see hand-picked local staff given an intensive rugby league initiation plus a long-term education programme to help them establish the sport in Ghana.

Richard Lewis, vice-chairman of the Rugby League International Federation, said: “We are taking the pledges we made to the Commonwealth Games Federation in May 2011 very seriously and I am sure Ghana will not only be a successful pioneering project in the region, but will herald the creation of additional Rugby League operations in the Commonwealth. The strong network of partners, from within rugby league and without, that have joined forces to facilitate this initiative demonstrates the importance and value we all place in growing the sport in West Africa.”

Sara Giwa-McNeil, the wife of Hector McNeil (non-executive CEO of Co-operative Championship 1 club London Skolars), UK Sport International, the University of Ghana in Accra, and the University of Development Studies in Tamale, northern Ghana, have joined forces with the Rugby League International Federation Commonwealth Commission to create a project that will kick off in May.

Mrs Giwa-McNeil, a prominent donor in the project, is keen to see rugby league taking off in her homeland: “As a proud Ghanaian and a supporter of Rugby League I am very excited by the programme we are putting in place in Ghana. This will be unique for Rugby League and hopefully establishing the game in Ghana will lead to other African countries adopting the game. Both Hector and I are regular visitors to Accra and we can’t wait to see our first game played on Ghanaian soil. Over time it would be great to see the equivalents to Ghanaian sporting heroes like Michael Essien and Tony Yeboah gracing Super League and the NRL competitions.”

Over the last 12 months, UK Sport International, which supports sports leadership development programmes in Ghana, has strengthened its ties with Rugby League, with whom it shares common values. The institution, which has a presence all over the world but is particularly active in Africa, has been impressed with rugby league’s expansionist vision.

Debbie Lye, Director of UK Sport International said: “UK Sport International is delighted to work with the RLIF to support this exciting initiative to develop rugby league in West Africa. Together we have the expertise to ensure that the programme is embedded in local institutions, and run by motivated and committed individuals who have trained as leaders through the Beckwith International Leadership Development (BILD) centres in Ghana..”

In November 2011, UK Sport International Development Officer Clare Barrell visited Ghana to see the progress of the 34 BILD young leaders. These exceptional individuals, all of whom have been trained in sports delivery, leadership, event management and administration, will begin their Rugby League-specific education in May, when six students from Edge Hill University – another of UK Sport International’s network of programme partners – will arrive for a six-week placement. RLIFCC officials will visit Ghana in March alongside UK Sport International to interview prospective Ghana Rugby League employees, with one national and two regional coordinators hired to oversee operations, which will initially focus on two of the country’s best universities.

The second wave of their education will see them become Level 1 Rugby League coaches prior to the launch of Rugby League sessions in the universities and the establishment of a championship. Ghana is the first of a series of countries that is being targeted in the region, with Togo, Nigeria and Sierra Leone also on the long-term agenda. The initiative meets RLIF objectives within the context of the Commonwealth Games Federation, which recognised the sport in 2011, to develop the sport in Commonwealth regions with sparse rugby league activity, especially Africa and the Caribbean.