USA ONE WIN AWAY FROM RUGBY LEAGUE HISTORY 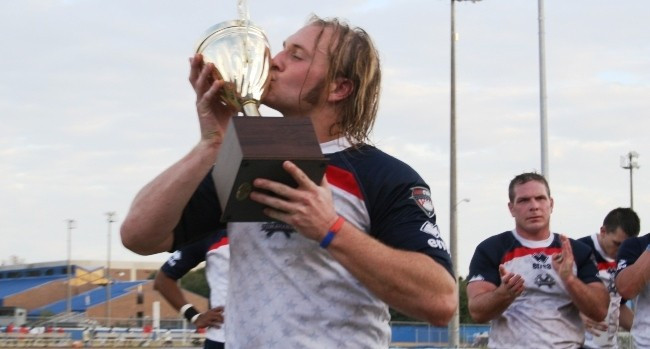 The United States is just one win away from advancing to the 2013 Rugby League World Cup but they know the job is far from over.

The Tomahawks won the opening game of the Atlantic Zone qualifying series with an impressive 40-4 success over South Africa in Philadelphia.

The USA ran in eight tries in a dominating performance against the Rhinos. “Overall it was a great result and I’m really proud of the boys,” said Tomahawks captain Apple Pope.

“We had a great mix with some overseas players and a lot of local boys. It really brought to life the sport of rugby league here in the States and it was a wonderful turnout from the fans. Really what it’s about is spreading the knowledge of rugby league and giving them a sport that I know they’ll enjoy. Getting us into the World Cup and getting more Americans into the sport is what we have to do,” he continued.

The USA next up face Jamaica in Philadelphia on Sunday and a win for the hosts would guarantee them a berth for the very first time in the main draw in Pool D alongside co-hosts Wales and Cook Islands.