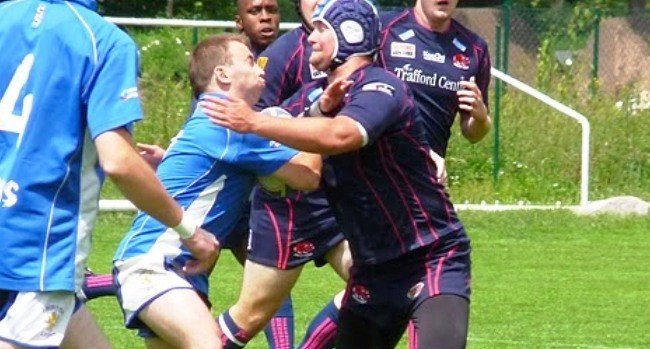 The Czech Rugby League Association have announced the squad which will participate in the Euro Bowl against Hungary this year.

In an unusual circumstance, the captain, Petr Sedina, will also be making his debut for his national team. Sedina, who has been resident in the Republic of Ireland for several years and has already earned representative honours there while playing for the West Coast Warriors, played his first domestic rugby league in his homeland when he turned out for the Vrchlabi Mad Squirrels in the CZRLA international 9s Tournament over the Easter weekend this year.

Sedina feels honoured to have had the captaincy of the side bestowed upon him, stating: “It is the realization of a dream for me to represent my country, and to be named as captain for this match is something which I am incredibly proud of!”

Sedina, who flew from Ireland to train with the national team over the weekend & will fly back after the game, will lead out a remarkably young national team, with an average age of just 22 years.

Czech Rugby League Development Manager, Andrew Mulhall, says the youth of team is a direct reflection of the route Czech Rugby League development is taking. “This is a very young team that will be going to Hungary to compete for the Euro Bowl, & indeed it is also a very inexperienced team, as most of these guys have only started to play any form of rugby inside the last 2 years. However, we have faith that these are the guys who are taking Rugby League forward in this part of the world, and so win, lose or draw, the 2011 Czech national Rugby League team is made up of people whose dedication to, and passion for, Rugby League has ensured the sport has established strong roots in the sporting culture of the Czech Republic”.