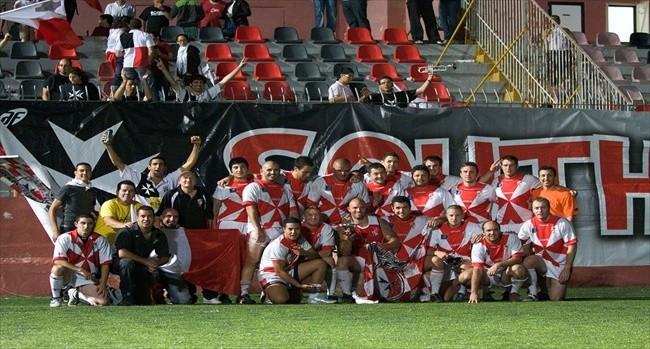 Malta coach Anthony Micallef has named his 25-man squad ahead of the European Shield that kicks off for the Maltese, later this month in Germany.

Sixteen are from the MRL Championship, “We’ve named a strong squad,” he said.

“It’s the end of a long season in Malta but I’m excited about what is ahead of us and so is the squad we’re putting together.”

Gozitan Clifford Debattista is included and Micallef added that it will not be long before Malta’s newest team are significant providers of players for the national team.

“The boys from across in Gozo have taken to the game and have a very bright future” added Micallef.

16-year-old winger Joey Criminale, and Matthew Frendo who collected a hat trick on Saturday, played their way into the squad and Crimnale said he is thrilled by the selection.

“I’m really looking forward to Germany and hopefully I can start the match. I’ve been trying my best to make the squad.” He scored a record five tries in Saturday’s domestic championship victory against Gozo.

Meanwhile, RFL Official Andy Gilvary has completed a report on progress the sport is making on the islands after his recent visit.

“In a nation where 9 out of 10 residents can trace their family tree to either Australia or the United Kingdon, there is scope to believe that rugby league can embed itself in the community,” he concluded.