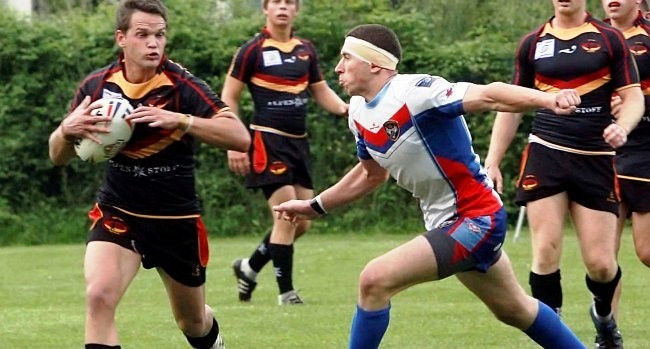 Rugby League Deutschland has announced its final 25-man squad for this year’s European Shield games. Of the players selected, 19 have been involved with the national team before making this squad the most experienced to date.

Head coach Dan Stocks is particularly interested to see how newcomers Southampton Spitfires’ Andy Hoggins and Heidelberg’s Yassin Karachi perform after both impressed in the trial match against Serbia.

Stocks commented: “Andy and Yassin got stuck in and mixed it with a very physical team. I hope they can re-capture their form against an unknown Norway.”

He is also looking forward to seeing how the domestic contingent perform , especially as they are all now involved with clubs and playing rugby league on a more regular basis. “Thomas Isaak caused the Czech Republic all sorts of problems last year in what was his fourth ever game of rugby league so I can’t wait to see how he and others like him have progressed.”

Germany face Norway in the opening game of the competition on Saturday, 9th July, in Lillestrom.