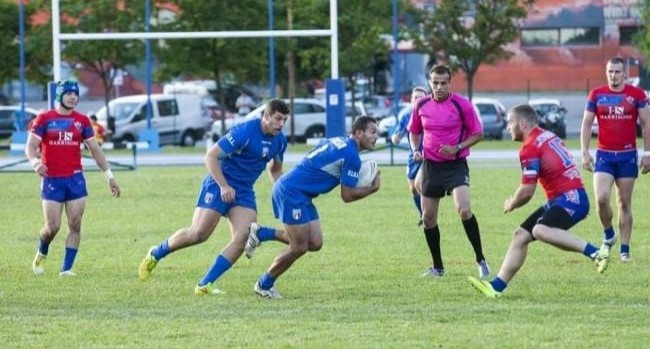 RLEF Education has confirmed the 12-man match official squad for the U19s European Championship 2018 to be held in Belgrade, Serbia, this August. It includes referees from nine countries and represents the broadest range of nations ever to officiate at an official rugby league tournament, beating the previous record of five nations at the 2015 Pacific Games in PNG.

“This has been made possible by the investment made over recent years in a comprehensive education programme to produce match officials on the continent,” said RLEF match official chef de mission Phil Smith. “We're already targeting representation of RLEF-produced officials at the 2021 World Cup and these championships will be a great development step in that aim.”

Smith will be supported by RL Ireland head match official Steve Hogan, whilst the Serbian RL Federation’s Radoslav Novakovic will be the tournament match officials manager – representing the tenth nation involved in the tournament panel. Having a team of match officials, who between them speak Czech, English, French, Italian, Serbian and Russian, will highly assist the communication with the players throughout the course of the tournament.