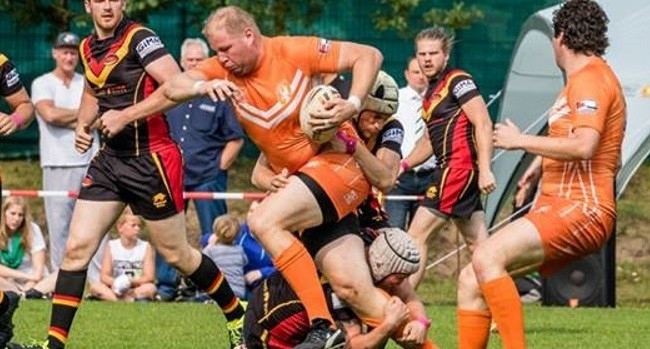 Sweden travel to Holland for the initial Test match between the nations tomorrow, three weeks after the Dutchmen’s historic first-ever victory against Germany. The fixture will be played at the AAC Rugby Club, the first international to be staged in Amsterdam.

Upbeat Dutch coach Kane Krlic said: “After gaining our first win in 11 years, the atmosphere is very positive within the group but they are under no illusion that they’ll have to go to the next level. Sweden will pose a different threat to us, they have a big set of forwards who will be directed around the field by some very experienced players. We know we will have to be a little smarter in how we play but I’m excited to see how we can build upon last time’s win.”

Front rowers James Guertjens and Taco de Boer are not available, with Rotterdam’s Emerson de Werk brought into the Dutch squad, to face opponents who are one place above them in the world rankings.

Sam Cammell takes charge in his first match as Sweden coach and will rely on an experienced spine of hooker Fabian Wikander and half back Anthony Groth, who were both missing from their 38-18 loss to Norway in the Nordic Cup in June.

“I'm very excited for my first game,” said Cammell. “It's going to be a big change from playing to now helping from the sidelines. I’m very impressed with the young Swedish team I’m taking over and think we are in with a real chance to shake our opposition”.