RLEF GEARS UP FOR MOST WIDESPREAD WEEKEND OF RUGBY LEAGUE 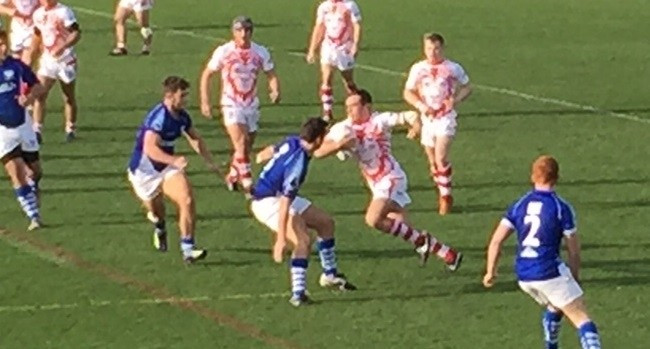 The weekend of the 24-25 September is set to be the most prolific in the history of the Rugby League European Federation. Five internationals across three age groups and two continents under the RLEF’s jurisdiction are scheduled, with matches taking place in Spain, Czech Republic, Serbia, Canada and Scotland.

“This year has continued the trend that has seen RLEF members strengthening their cooperation with one another and seeking opportunities to engage in more competition,” said RLEF general manager Danny Kazandjian. “There have been a number of historic firsts, especially at youth level, which is an encouraging sign that the sport is establishing itself in a number of different nations. More home-grown young players are demanding more rugby league and in increasing numbers our members, by working with neighbours and trusted partners, are able to satisfy that demand.”

In recent weeks, Ireland has played their first match at U16 level and Jamaica hosted Canada at U17 in a ground-breaking initiative for both nations.

Kazandjian added: “In 2015 the RLEF set a record of 41 world rankings matches mainly due to European Championships at three levels plus two World Cup qualifying competitions, and while it’s doubtful we’ll break that this year there will be a record number of bi and tri-laterally organised games. Italy are looking to play a couple of youth fixtures in Monza as part of the ‘festival of RL’ that will surround their 2017 WC European qualifier in October, we have just seen the completion of the Nordic Cup and Western Tri-Nations, Italy and Lebanon resurrected the Mediterranean Cup and Serbia U21s have toured the Czech Republic.

"Our continuing mission is to provide a stable framework that encourages such cooperation, while continually training and mentoring local technical leaders so that the quality of rugby league increases at all levels.”