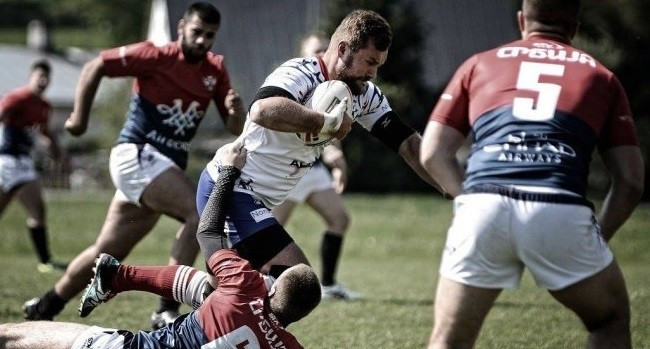 Hosts Ukraine and Czech Republic have named their squads for the opening game in European Championship C, which takes place this Saturday in the new rugby league venue of the Avangard stadium, Rivne.

Ukraine are looking for a quick return to European B and URLF president Artur Martyrosyan believes they are well placed. “This game is very important for us,” he said. “We have had a good preparation and selected the best players from the eight strongest Ukrainian teams. We are very much looking forward to welcoming our Czech guests to Rivne as we extend the rugby league family here.”

Czech head coach Ladislav Cintler believes his side are ready to take on a nation that sits seven places above them in the world rankings. “Our squad is a nice blend of internationally experienced players and the best youth coming through in our first division,” he commented. “The older heads will guide us around and I am sure those coming through are ready to step up a level. I saw the Ukrainians play Russia in the World Cup qualifier and the key will be dominance in the tackle in the middle of the field, an area we did well in against Belgium last year.”

Referee is George Stilianos from Greece and the return match will be played in Havlickuv Brod on 8 October 2016.

Pictured: Czech Republic captain David Lahr in action against Serbia U21 in May.