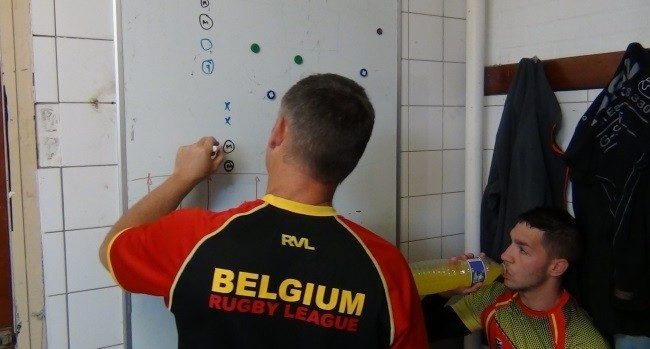 Belgium, Germany and the Netherlands have announced the dates of their triangular series. Germany will host the Belgians in Dusseldorf on 6 August before travelling to Rotterdam a week later for the Griffin Cup, contested annually between the two neighbours. The Dutch complete the series on 3 September when they play in Brussels.

“It’s an honour to be coaching Germany again this year,” said Simon Cooper who, along with co-coach Bob Doughton, oversaw his side’s two impressive wins last year against previously unbeaten Spain and the Dutch, who have not beaten Germany in three attempts.

“It would be very easy for us to put a strong heritage team out,” continued Cooper, “Using the likes of Super League regular Jimmy Keinhorst of Leeds Rhinos and others within the professional game but we do not feel that is the right way to go. With Kristian Keinhorst’s retirement, Mawuli Amefia will take over the role of captain this year.”

German teenager Matej Beslic moved to England last year, studying and playing at Calderdale College and with National Conference League club Siddal in the summer, while a lot more development work has been undertaken locally, giving Cooper and Doughton a bigger pool of players to choose from than ever before.

Nederlandse Rugby League Bond Director of Development Jason Bruygoms is also confident that local growth will translate into an improved national team. “We are looking forward to our annual fixtures against our neighbours,” he said.

“With the growth of our domestic competition and new clubs being formed, we hope this will reflect in the national squad. This will be the first time we have run the international games at the end of the season after all the domestic games have been played. With the NRLB making the decision that local development is our number one priority, we find it exciting that our domestic players are now playing for a position in the national squad.”

“It’s a great challenge for our countries and this Test series between the three nations is always good for the sport’s development in western Europe,” he noted. “We will take the opportunity that comes with facing strong sides and assess the progress we have made since last year. Germany will start as favourites and Netherlands will be hard to beat following their domestic growth and that’s all good for the competition.”

Tony Benson (pictured) will once more lead Belgium, having joined the BRLA as Sport Director in November 2014.