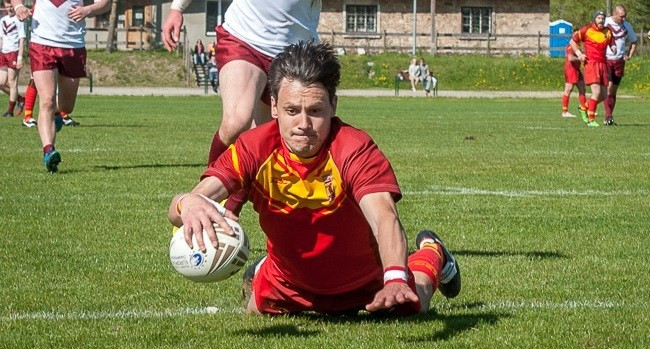 The draw for the 2016 European Qualifiers for RLWC2017 will take place in Paris tomorrow (Wednesday November 4th) at 6.00pm (CET)

The draw, which is seeded, will create two pools of three nations:

One seed will be placed in each group. Once the two pools are created the positions within each will be allocated - Team A, Team B and Team C - which will give the order of play for the fixtures, with each nation having one home fixture.

The games will be played as follows:

The group winners will qualify automatically and the third nation from Europe, making up the 14th in all in the World Cup, will be determined after a play off.

Pictured: Spain kicked off the World Cup with victory in Latvia