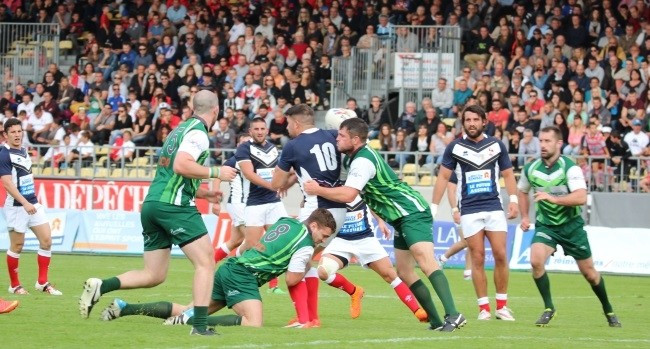 The 2015 Rugby League European Championship is set to mirror the 2014 tournament, with three nations still capable of winning the title going into the final round of matches.

Wales, who remain unbeaten after their 14-6 win over France on Friday night, are favourites for their first Championship since 2010, a remarkable turnaround after finishing bottom last season.

After their win in Cardiff, coach John Kear said: “I was delighted with the display. The group showed what it meant to each other. They’ve turned it all round in a year. We've obviously added quality to the squad but I think what won today wasn't individuals, it was a group - the team, and I don't just mean the team on the field, it's the off-field team as well. Their desire and determination to defend as they did is a great complement to them.”

Wales need a point from their clash in Bray against Ireland next weekend and Kear added: “Defensively, we've been absolutely superb in both games. We've conceded three tries in 160 minutes. France shaded possession but not the scoreboard because of our determination, structure and willingness to work in defence. It was very special in the changing room after the game. I haven't heard Tom Jones' Delilah sung that well in a long time!”

Ireland are still in contention and need to win by 15 points and hope outsiders France don't beat Scotland by more than 28, which sets up another nail-biting finale; last season the Scots triumphant on point’s difference, with the Irish a try away from claiming the crown.

All four teams have scored between 32 and 38 points after two games, making the competition one of the most evenly-matched.

France coach Richard Agar acknowledged his side have a tough task to pick up the spoils when they face Scotland in Avignon but praised his side’s attitude against the Welsh.

“It’s been more of a difficult week than usual. The defeat against England led to some outspoken reactions from some sections of the French rugby league public so I’ve no doubt that it played on the boy’s minds more. I don’t think I could knock us too much for commitment and enthusiasm. We made a number of errors so we didn’t get the opportunity to post too many points in the first half when field position allowed.

“I’m going to really credit the opposition for their tenacity, the way they scrambled on their own line and the way they stopped our opportunities. Agar continued: “This tournament will go right down to the wire. We’ll be in front of our own fans and we need to get out there and hope Ireland do us a favour.”