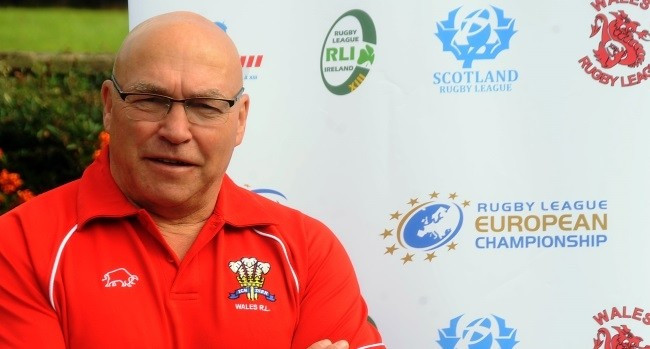 The two unbeaten sides so far, Wales and France, meet at Cardiff Arms Park on Friday evening (30th October, kick off 6.30pm) in the Rugby League European Championship. Wales shocked the defending champions Scotland with an 18-12 win in Wrexham, their first triumph in 12 internationals, and John Kear’s men are keen to continue their improved form against the French, who suffered a record defeat in a fixture with England last Saturday, outside the competition.

“Last weekend’s game was a very difficult day for us,” said France coach Richard Agar. “Friday gives us the perfect opportunity to put it behind us. “We have some welcome returns to the team giving us an injection of experience and quality. Wales had a great start and certainly look a lot stronger in the pack, with the back three doing a great job for them.”

Agar has his skipper Theo Fages fit again and Catalans Dragons pair Tony Gigot and Jason Baitieri are in the squad as the French look to emulate their 42-22 triumph over Wales in last season’s Euros. The encounter celebrates 80 years of the European Championship - Wales faced France in the inaugural game of the first competition in Bordeaux on New Year’s Day 1935.

There could be two Wales debutants, one being Coventry Bears’ James Geurtjens who just missed out on selection against Scotland, and the other Port Talbot born 18-year old Regan Grace who has been starring for St Helens U19s for the past 18 months. Grace came through the junior system at South Wales Scorpions and has appeared for Wales at U16 and 18 levels. The winger played for Wales last Sunday in the Danny Jones benefit match against Keighley Cougars, where he came on in the second half and made a big impression on Wales coach John Kear.

“We took part in the match for Danny’s family to help raise money for them but we were pleased to have the run out and look over players,” Kear confirmed. “There were a number of good individual performances but I was very impressed with Regan. St Helens have got yet another good kid coming through the system that they’ve scouted in Wales and been developed by the club. He looked very exciting and is a magnificent prospect." Kear added, “I was really pleased with what I saw against Keighley, Rob Massam on the other wing looked very solid too when he came on so there is strong competition for places.”

The match will be broadcast live in France by beIN SPORTS, the official broadcast partner of the Rugby League European Championship 2015. A livestream feed is also available via Ginicam, the interactive broadcasting platform at: https://ginicam.com/event/VezBhb9jku2yFeDDdCaj