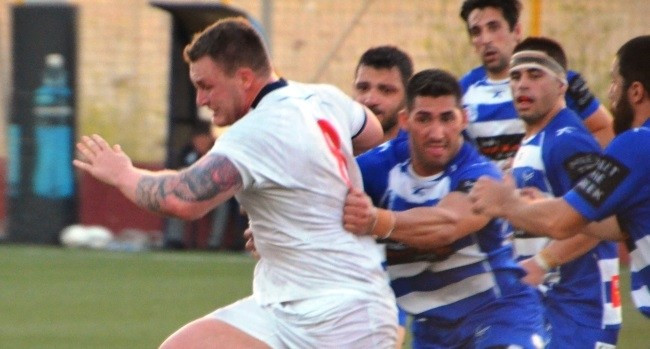 On 1 October the Hellenic Federation of Rugby League informed the RLEF its national team would not be able to fulfil the away leg of its European Championship C campaign in Malta on 10 October, citing the country’s economic difficulties and the withdrawal of two sponsors.

The RLEF Board has ordered an inquiry and awarded the match 30-0 to Malta.

Spain are scheduled to travel to Athens to play the final game in the competition on 17 October. A draw or win will secure the Spanish a berth in the 2016 European Qualifiers for the 2017 Rugby League World Cup.

Pictured: Action from Malta-Greece from the 2014 European Championship C.