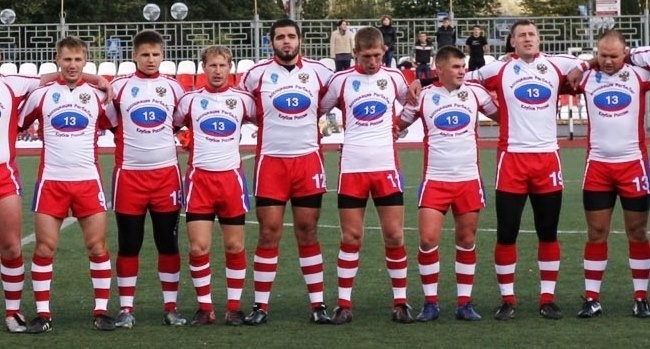 With both sides still mathematically in with a chance of winning European Championship B, Russia and Italy renew a rivalry that has generated some entertaining games over the past four years – and do so on the anniversary of a famous date in Russian history.

The match this Saturday, 12th September will take place in Fili the place where, on the same date in 1812, the Russian army command took the fateful decision to abandon Moscow to the fate of Napoleon’s advancing army after the Battle of Borodino.

In the run up to the game, the Russian camp has been hit by a dramatic change following the ARLK’s (the Russian governing body) decision to sack coach Igor Ovchinnikov last week, which prompted a walkout by some loyal Lokomotiv Moscow players – including his son Roman, who was also the Bears’ captain.

Ovchinnikov Sr has been replaced by 32-year-old Denis Korolev. the coach of CSKA Moscow who which will join ARLK next season and he names only three Lokomotiv players in his 20-man squad compared to nine for Russia’s last outing, against Ukraine in July.

Pavel Gribkov from Moscow Magicians and Mikhail Naumchenko are debutants

Korolev said: “There are significant changes in our team for the match against Italy. I see this game as the initial stage of our preparation for the 2017 World Cup qualifying tournament next year, and I'm more interested in the opportunity to test some new systems than in the result of the match.”

Italy coach Paul Broadbent, who has overseen a testing campaign is keen to end on a high note. “We know how hard the match will be in Russia,” said the former Great Britain International. “It’s always a difficult task to get an away win in this competition. We would like to build on the great effort against Ukraine where a number of new players impressed.

“Bellotti and Rossetti played very well and we are looking for them to perform to the same standard. Esposito, Celerino and Bosocolo will be important for us to get some control in the middle, while Fontana and Calegari's experience and class will be important in a relatively inexperienced side.”